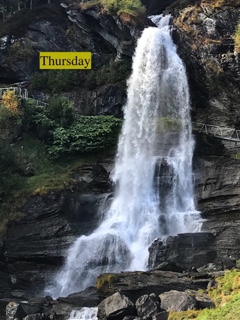 I joked online a few years ago that I have a genre in my iTunes called “FRODE GJERSTAD,” except it wasn’t actually a joke: I really do keep Gjerstad’s music filed under its own genre, in part because what even is genre, and in part because he remains one of the most creative improvising saxophonists. In the last year or so, he’s supplemented the steady formal stream of albums on Clean Feed, PNL and other labels, with a flood of self-released archival records. We covered some of the initial, massive album drops when Gjerstad first launched his Bandcamp page. Since then, there has been a steady pace of archival releases, as well as a small number of in-the-moment pandemic recordings. This latest batch is not only freshly recorded, it’s a portrait of a reunited band on fire.

In early September, Gjerstad scheduled a mini-tour in western Norway: four nights in Stavanger, Haugesund, Bergen, and Øystese with a double-bass line-up of Jon Rune Strøm and Øyvind Storesund, and Paal Nilssen-Love on drums. While Strøm and Nilssen-Love have anchored the Gjerstad trio for about 10 years, Storesund filled the trio’s bass seat before then. He’s since appeared with the current trio a few times, and the trio +1 group was captured on 2020’s Forgotten City. What’s different this time around is both the amount of material and the energy generated by the quartet being back onstage.

The closest comparison to Gjerstad’s trio +1 is probably Sam Rivers, whose trio and quartet dates displayed a dazzling facility for group improvisation. Similarly defying certain expectations of free improvisation, the trio +1 improvise each set like a semi-composed suite. They’re all superb players, to be sure, which would be a great start for any group. But they’re also keen students of music, full stop. On any given night, the number of ideas being traded between the musicians is highly varied. It’s a testament to each player’s versatility, as well as their commitment to the moment: any one person might suggest a new idea, and sometimes the group will pivot, other times they’ll pass on the opportunity and move to a new thought. Nilssen-Love remains in near-constant motion, jumping from set to percussion, tapping out a clave pattern, then urging the group on with clashing cymbals. Strøm and Storesund sometimes trade walking bass lines, while other times one may play arco while the other plucks a rhythmically complex line. And then, of course, Gjerstad continues to deliver on 40 years as one of the more distinctive players, carving out a space where the melodicism of classic bop saxophone blends with the leaps and dips of modern experimentalism.

Admittedly, the sound quality differs slightly from night to night. If one were going for a best of the best, possibly I’d recommend Friday above the rest. But, given the cost and the ability to hear a full run in its entirety, I’d say it’s more than worth getting all four. This is quite the antidote to a year plus of little to no live music. I, personally, have not made it back to a club yet, but I’m happily living vicariously through those lucky to have been in these audiences. Turn up the volume, pour a few drinks, and you’ll be transported.