Vinny Golia - Even to this day…Movement One: Inoculations for Orchestra and Soloists (Ninewinds & pfMENTUM, 2021) ****½ 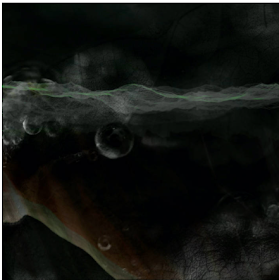 This is a MASSIVE musical contribution from the musical polymath and Creative Music luminary, Vinny Golia. Inoculations for Orchestra and Soloists is the first of three movements in the work titled, Even to this day… This single movement alone is 10 hours and 32 minutes long and comprised of 158 tracks for orchestra and 21 improvisers. The second and third movements forthcoming in 2021 are described by Golia as: “Part Two: Syncretism: for the draw…is for metal band and orchestra…yet unnamed, the third movement for symphony orchestra and large ensemble with improvisers will be completed at the end of 2021.”

Inoculations for Orchestra and Soloists is a huge undertaking that displays the full scope of Golia’s musical artistry. It showcases his range of interests in jazz, art music, composition, improvisation, and collaboration across the 158 tracks of seemingly endless creative output. One of the most impressive aspects of this release is that each track leaves the listener eager to hear where the next track will take them, even after the first 157! This is in part due to the widely diverse instrumentations and improvisational approaches from the 21 improvisers, and also in large part due to Golia’s broad musical aesthetic and skill set applied to this creation.

Golia describes the origins and the work itself as follows:

I started writing Even to this day... for my upcoming 75th birthday a year before it was to happen at the request of Rent Romus, who was organizing a concert of 75 musicians to perform the piece, unaware that Covid lurked around the corner. The performance never happened. So, I decided to go for what I wanted using real and virtual musicians performing composed music combined with improvisation—which always seems to be the best way to get what I want musically—a blend of serenity, intensity, and stability that shifts like the sands in a desert. And, as I wanted to have many of the West Coast musicians I play with represented in the music, I came up with a plan to have soloists play over a large and continually changing symphonic setting.

Even to this day... includes soloistic journeys, short interludes, transitional forms, and improvisations involving orchestral textures. Performed live, I would have used a combination of conducting techniques I have been refining since the first concert of the Vinny Golia Large Ensemble in 1982. Unfortunately, I could not do this live because of Covid restrictions and instead created an alternate composition system to supplant and expand on those techniques.

There is so much music here it is challenging to summarize it in a few paragraphs. There are deep, complex orchestral textures, grooving small group excursions, stark solo statements, and just about everything in between. A throughline to the entire movement could be described as a modern reimagining of the concerto grosso, i.e. multiple soloists with ensemble, here on a grand scale. Golia places the 21 soloists in varying environments from grounded rhythmic jaunts to scenes of unpredictable rhythmic dodge ball, and lofty textures of soaring brass and strings to foggy, timeless, stretches of multi-layered sound. Golia composed tracks for specific soloists, matched improvisers to tracks after they were composed, and as Golia stated, “even orchestrated some improviser solos to create new compositions.” The improvising soloists respond to these environments appropriately and often with great and novel surprise. A few of the outstanding tracks, among many, that deserve mention here include:

Track #13, so many forms, the low frequencies features Wayne Peet on electric piano and Ellington Pete on drums and sounds like something that could have come from the Chick Corea, Barry Altschul, and Dave Holland trio of the early 1970s. Also featuring Wayne Peet is track #26, Low Toaani, a wonderfully quirky, pitch-bending romp on “organ & FX”.

Track #37, Doctor Savaard explains his theory eloquently, .but no ones listens [sic] features trombonist, Steven L. Ricks in what sounds like storytelling in the language of plunger-muted trombone–wacky and mesmerizing–that combines perfectly with Golia’s composed material.

Track #53, By which they lead features soloists, Tim Feeney on percussion and Miller Wrenn on acoustic bass. The first half of the track is a free, slow-building duo of Feeney’s metal percussion and Wren’s bowed bass. The second half of the track is in rhythmic unison and sounds like the most tightly composed material between soloist and orchestra in the entire work.

Tracks #30 Message from Time and track #152 Gombus! feature some of the most curious and delightfully unpredictable improvising from Sarah Belle Reid on “Trumpet & FX”. Buzzing, whirring, and chirping electronic processing intermixes with scrambled trumpet lines in a truly novel and fresh voice.

Tracks #55 Ken, and #48 Mr. Fletcher now heads towards Mexico to find his first move,…..or else, it ís up to him showcase outstanding solos from the venerable bassist, Ken Filiano. Ken has Filiano in a relentless walking bass line over a relatively stark orchestral accompaniment. Track #48 has Filiano’s slashing bow strokes over a hyper-rhythmic piano accompaniment, abruptly switches to a wonderfully energetic pizzicato solo, and finishes with a short recap of the arco bass/piano section. Filiano’s gritty, noisey solo on track #107 is also quite good and quite different from the two aforementioned tracks.

And of course there is superb playing from Vinny Golia all over this work, some standouts include:

Track #59, The Wilhelm Scream (not alligator shoes I hope!) features a roaring baritone saxophone solo that is classic Golia, along with Randy Gloss on a larger-than-life sounding Daf and a dense, cluttered orchestral texture. Also of note from Gloss is track #47, Trapazoid which sounds like something from Kid 606’s P.S. I Love You album; it features an electronic texture and electronically processed frame drum.

Track #100, Pharoah at the chord change is beautiful chaos, created from two fierce tracks of Golia on tenor saxophone and a raucous orchestral accompaniment.

Track #124 double duos, has Golia on soprillo saxophone and bass clarinet (2 tracks of each instrument) in interwoven duos, trios, and quartets with himself. The soaring soprillo playing is divine.

Track #154 Waterflute Piece (Susan makes glorious instruments!), showcases Golia on alto flute, water flute, and globular flutes in an otherworldly soundscape made from lush, mysterious layers of sound that are difficult to identify and to describe…

Those averse to the sound of MIDI may at times be disappointed by their use here (see track #155 for example where those sounds are predominant), but it was a pragmatic choice by Golia to realize this artistic behemoth in extraordinary times. For the most part the MIDI sounds are not readily noticeable as such because they are skillfully integrated and balanced with the soloist’s sounds; it’s often difficult to parse the electronic from the acoustic. Nonetheless, the creative aesthetic and compositional integrity behind those MIDI sounds, and the high-level improvisations do prevail, as in the aforementioned track #155 that is dominated by MIDI until Golia enters with a hard charging clarinet solo for the win.

Aside from the remarkable amount of creative labor and heavy artistic impact of this music, Golia shows a trademark sense of playfulness and cheeky humor in many of the track titles, such as: Public Swimming Pool; Dixie cups & Strings; Bad Dentist; The Stretchy, Walky, Thingy; along with many others. He also shows a deep esteem for his collaborators in this music and beyond with titles such as: for Vickie; dedicated to Bobby, John, and Horace; A gift for Mike; Bowed Interlude-for Mark Dresser; and through the sheer effort to involve so many musicians in the creation of this work.

Lastly, if the audio wasn’t enough, Golia collaborated with video artist Carole Kim to create five videos for select tracks that can be found at https://vimeo.com/showcase/8735988 . Needs & Uses has particularly striking, abstract visuals that capture the austere grandeur of the audio, track #149 The Rolisican government questions Fukoda's support in the cave of Neon (Perhaps it's the radiation?).

Inoculations for Orchestra and Soloists is a compelling listening experience because of, and in spite of, its unusual duration (which will encompass a 12 CD box set in the near future), and because of the wide variety of improvisers and their unique and unpredictable musical responses to Golia’s compositions. Whether the listener buckles in for the entirety or drops the needle on random tracks, they will want to keep listening; just imagine what is in store for us with movements two and three…!