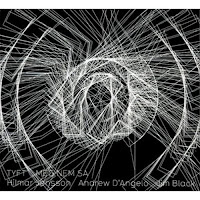 Hilmar Jensson's previous efforts as a leader did not really impress me, but this album is absolutely great. Released on Chris Speed's Skirl label (interesting CD cases, close to impossible to read, and impossible to stack, but you sure notice them for their unusual size), the Icelandic guitarist is accompanied by Jim Black on drums and Andrew D'Angelo on sax. This record brings music that could be categorized as jazz because of the structure of the melodies, the nature of the improvization, the instrumentality of the tunes, the sense of exploration, but it's rock music in rhythm, sound and execution. Yet, oddly enough, it's not really fusion. The pieces are short, compact, to the point. There are some sound explorations, but most of the time it's straight guitar-sax-drums. The melodies are quirky, the sound is fresh, joyous at times, sometimes dark like death metal, at moments even subdued, and just always great fun to listen to. Here's a band with lots of interesting and unheard short stories to tell, and they tell them well, with precision and conviction. 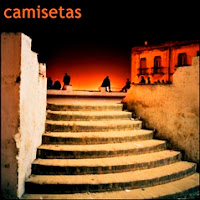 Jim Black also plays a lead role on the debut album of Camisetas, on the new French label Chief Inspector, which features great cover art (and easier to stack!), with Médéric Collignon on flugelhorn and pocket trumpet, Maxime Delpierre on guitar, Arnaud Roulin on keyboards and Jim Black of course on drums, guitar and electronics. The music is even more difficult to classify. This is straight rock music, with influences ranging from Pink Floyd's early period of groundbreaking psychedelic insanity to Smashing Pumpkins-like unrelenting drive and wordless (?) vocals which do not sound like anything you've heard before (and sounding real scary for that ...). On top of that, there are some jazzy influences, and melodic substructures which are definitely fusion-like, and Collignon's trumpet brings at least the sound once in a while back to jazz territory, just to be led back to more King Crimson, heavy metal and avant-garde trash. Hard to pigeon-hole, but what the heck! These guys know what music is, and unlike many would-be modernists like Erik Truffaz, they also know what real exploration means. 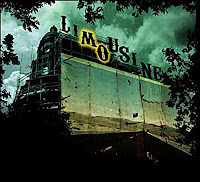 On the same label, and at the absolute other side of the spectrum, there is another trio of interest to be found, again with Maxime Delpierre on guitar, but now with David Aknin on drums, and Laurent Bardainne on sax and keyboards. This is rock music as much as it is jazz or film music, with longer tracks bringing soft-spoken atmospheric explorations. It often reminded me of John or Evan Lurie's sound tracks, mixing 60s poppy instrumentals with jazz and cinematic scores. It's in every aspect as modern as the previous reviews, but then definitely without the anger and angst of Camisetas, bringing elegantly gliding sounds, fragile, friendly and tender, like lullabies and late night club slow waltzes. Each album is the perfect antidote for the other one.

I totally agree with you. I've been listening to Camisetas for a month or so and to Limousine for a year now, and these are great albums!

Those who read french can read my review about Limousine on Jazz Frisson here:

If I get a chance, I will post something about Camisetas. It is such a strong album, more people should discover it!

And thanks for the info about Hilmar Jensson's Tyft. That's new to me!