Mainstream jazz is not really my thing, so it's a little bit unfair to review mainstream albums, but if it's great music, why not mention it? (and I don't like reviewing music I don't like, yet now I do it for a change). 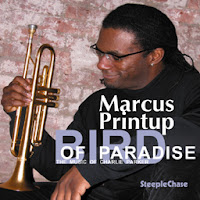 The best one in the series is Marcus Printup's Bird Of Paradise, subtitled "The Music Of Charlie Parker". This is JAZZ! Parker's music is of course excellent, but Printup's 21st Century rendition of it even more. He gets across the bluesy elements, the nervous tension and energy, the joy of pure improvization and interplay with like-minded musicians. And the band is great too : Riza Hequibal on harp, Kengo Nakamura on bass, Ted Nash on sax and Shinnosuke Takahashi on drums. Straightforward, emotional, joyfull. I LOVE IT! 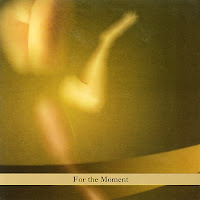 Paul Brody is an American classically trained trumpeter, now living in Germany. He is probably best known for his klezmer-influenced fusion on Tzadik, as is this album "For The Moment". The music is a little too much of everything, and adds not much to his previous albums on the same label. Actually, I think his best albums are Minsker Kapelye and South Klezmer Suite, the latter available on emusic.com. 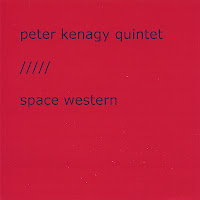 As much as I enjoyed Peter Kenagy's "Little Machines", released in 2005, as much disappointed I am with his new album. His trumpet playing is excellent though, and he tries to create his own musical language here, with sparse melodies, and lots of openness, yet somehow it just doesn't get off the ground, remaining very down-tempo, with insufficient variation to make it captivating. It is too nice, too sweet, too slow. 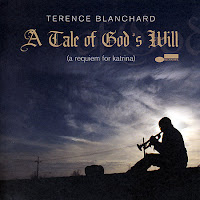 It's also a little unfair to judge this album without having seen the movie, Spike Lee's "When The Levees Broke", for which Terence Blanchard wrote and performed the music, with a band consisting of Brice Winston on sax, Aaron Parks on piano, Derrick Hodge on bass, Kendrick Scott on drums, and Zach Harmon on tabla, and with an 40-piece string orchestra. The album starts nicely enough, with "The Ghost Of Congo Square", raising lots of expectations for the rest to come, but then the whole thing collapses into some syrupy, mellow, sentimental and superficial piece of music, which has troubles standing on its own. Blanchard is a great trumpeter, and some of his former collaboration with Spike Lee worked well, as in "Mo' Better Blues", but this is not my kind of music, at all. 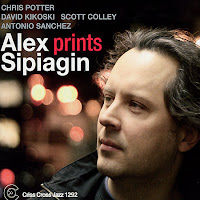 Technically, Alex Sipiagin is a great trumpeter, having played in the Mingus Big Band, in Dave Holland's big band, with Michael Brecker and others. He's unfortunately a better musician than an artist. Despite the great band, with Chris Potter on tenor saxophone, Scott Colley on bass , Antonio Sanchez on drums, David Kikoski on piano and Monday Michiru on flute, the music brings nothing new, nothing creative, nothing exciting. Too bad.
Stef on Friday, November 30, 2007
Share

I am sorry but "Minsker Kapelye" is the name of my band which, indeed, recorded a double CD with Paul Brody's "Sadawi" band back in 2005 in Poland. The title for our joint project is "Great Klezmers of East and West".