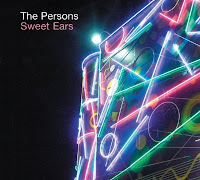 No doubt Michael Moore is a great clarinetist and saxophonist and he's surely not afraid to go to musical territory as yet unchartered, in line with his ICP experience and some of the other bands he's been playing with over the years. I saw him play earlier this year with Han Bennink on drums and Will Holshouser on accordion and that was pretty stunning. The Persons is his more rock-influenced band, and this is only their third release in almost twenty years, with next to him Ernst Reijseger on cello, Danny Petrow and Nick Kirgo on guitars, James "Sprocket" Royer on bass and Michael Vatcher on drums. As on the previous album "Live During Wartime" the mix doesn't quite take. The musicianship is excellent, but the music is too artificial to be good. It lacks the raw energy you expect from rock music, and it lacks the musical wealth and freedom you expect from jazz, with as a result that the moods and the subgenres shift permanently as well : there is some funk, some reggae, some blues, some rock, some Frisell-like playing, and the problem is that all these styles are not really integrated with the jazz elements, they work along each other, with insufficient clear and musical vision, and it lacks teeth. Too bad.