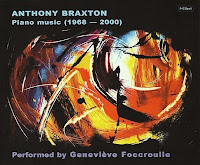 I got a copy today of a the 9-CD piano solo release of Braxton compositions, played by my compatriot Geneviève Foccroulle, and called "Piano Music (1968-2000)". I have listened only to pieces of it, marveling at Braxton's music and Foccroule's great interpretations, yet at the same time wondering who in the world manages to keep track of all these records that come out, day after day after day, while at the same time finding sufficient time to listen several times to the new releases, and with some luck moving back to them after a while. This year alone, no less than 7 Braxton albums were released, containing an even more stunning 14 discs, not counting the 9 by Foccroule. True, there are some re-releases but still, it's quite a task.

Here is this year's overview : 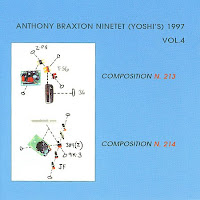 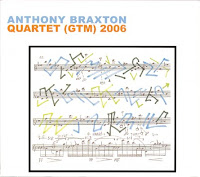 Next to the ones already reviewed earlier, the GTM is also recommended, but again 4 CDs, and more abstract, with Anthony Braxton on reeds, Max Heath on piano, Carl Testa on bass, and Aaron Siegel on drums. The music is has the distant floating feel of most of his compositions, restrained, poignant and vulnerable at the same time. 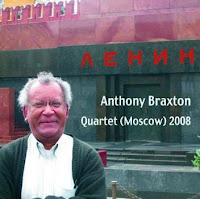 Yet at the same time, you cannot but marvel at the man's prolific output, and also of the quality of the work he delivers. Not everything is brilliant, but to have already two albums in my list with five stars this year, is not a bad result. Would quality indeed be a function of quantity? Whatever it is, from the look on Braxton's face, he's still enjoying it.