When deciding to release a solo album, you think you have something to tell which cannot be expressed in the context of a band. The musical result is often much more intimate, more immediate in its expressivity, more personal, like a diary, clearer in its diction, not only because there is no need to adapt to others, but especially because whatever you do, good and bad, is all attributable to you. The big risk is that you have to make sure to keep the attention going, you need loads of ideas and performing skills to avoid boring your audience to death. So, here are two great additions to the solo sax catalogue, one by an angry old man, and one by an open-minded young man, both in their own way, wanting to escape the US. 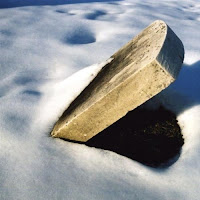 Paul Flaherty has been around for a while, playing his totally uncompromising music that is the punk version of free improvisation : direct, angry, powerful. His unwillingness to conform is laudable, but it's possibly the toughest decision one can make commercially. This is not music for the masses, since concepts of melody or even the notion of pleasing the listener are totally alien to Flaherty. He plays what he feels he should play : shrieks, shouts, wails, screeches and howls, alternated with soft moaning and quiet weeping, but it is all about the direct emotional conduit : heart to sound, without any other interference. There is fury to be heard, in full anger with the world and with life, resulting also in agony and pain. And even with the limitations of just one instrument - or maybe because of it - he delivers his music with an unbelievably genuine and authentic depth. Despite all the raw power and violence, the five pieces on this album each have their own character, ending with one in which a long text is recited, critical of society and the hypocrisy of America's power system, turning into a virulent attack against the Bush administration, slowly unravelling within the text the titles of the four previous tracks. The "Aria Nativa' is the land of origin from a character in the text, Italy, the land the old woman can go back to after the USA has failed her in welfare and healthcare, but the narrator has no place to go to : his 'aria nativa', his 'native air', is the USA : he has nowhere to run. He can only scream in his sax in utter agony and revolt. The icy tomb on the cover tells the rest ... 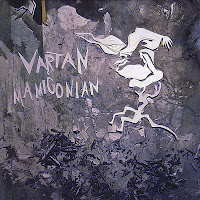 Vartan Mamigonian is the artist's name of saxophonist Patrick Breiner, used when he performs solo, ... and well, this is his first solo album. Vartan Mamigonian is also a historical figure, the hero of the Armenians, a captain who died in the 5th Century AD when trying to defend his country against the Persians. He is said to have been both a saint and a sinner, hence the attraction for Breiner to use his name. Apart from two titles on the album that refer to this Vartan Mamigonian, there is nothing in the music on this album that even vaguely corresponds to that time or region : don't expect world music, or any other historical references. Regardless, Patrick Breiner has his story to tell, and one that needs no references, as it can stand on its own. His playing is hypnotic, often as the result of his rhythmic circular breathing technique, with long repetive phrases and slight shifts in tone. His playing is good, with lots of double-toned playing, very warm in timbre, very sensitive at times, agonizing at others, making sure that there is enough variation to keep attention going. It all sounds improvised, but clearly with preconceptions about the techniques and approaches to be played on each track. And the result is excellent, he may not create history here as his namesake did so many centuries ago, but the whole album is very enjoyable, with all pieces of the same high quality level.

Listen to
But I've Never Been To Whitehall
The Madison Project

First, thank you for a great blogg!

I've heard that 'Aria nativa' is Paul Flaherty's third solo record (his second one is 'whirl of nothingness'). Do you know the name of his first one?

Keep up the good work!
/david