Bad taste and no inspiration ... have mercy

Fusing musical styles is often an alibi for lack of creativity within one specific idiom. You mix a lot of ingredients and hope the end result will still be tasteful, edible and digestible. More often than not this is not the case. It demonstrates a lack of real creativity and a lack of musical vision. It is all about form, about the art of the mixing itself, rather than about content, as a way to express feelings, of even new musical ideas. 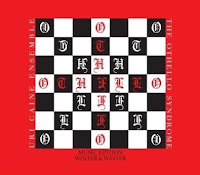 Uri Caine is a great musician, and even more a great expert in musical genres, from classical to modern jazz. He is an even better arranger, able to manage the complexities of different conflicting musical styles into one integrated whole. The first albums that he made, I could still appreciate, using the music of Mahler for small jazz ensemble, with his usual band of stellar jazz musicians, such as Dave Douglas, Joey Barron, Dave Binney, Mark Feldman, Don Byron, later also with Ralph Alessi, Jim Black, Erik Friedlander, ... then he went further, working with Schuman's material, then Beethoven, Mozart, Wagner, and now Verdi. For the first recordings I could appreciate the entertainment factor of mixing styles, because it was relatively unique and often fun to hear, but not more than that. It's not gripping, it's not musically interesting, it's just a circus of a high quality. Yet I suppose it sells well, otherwise I don't see why he keeps doing it. It's musically a dead-end street, yet it may be a commercial goldmine. There are still hundreds of classical composers to have a go on. You can call it the "Goldmine Variations" ... 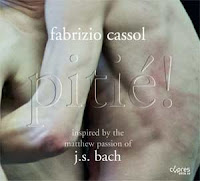 To my great regret, my fellow countrymen of AKA Moon, under the leadership of saxophonist Fabrizio Cassol, have gone down the same road, mixing Bach's Matthew Passion into jazz. True, it was originally composed as background music for a dance company (not by Bach, of course), and maybe it should not be evaluated for its musical value alone, but the mixture is there, and available on CD. AKA Moon is a great trio, with three great musicians, and in recent years they have created albums with expanded stylistic approaches, adding other musicians, possibly in order to get fresh ideas, but I think their trio format is still the best. They have played music from India, from north Africa, from central Africa, all with musicians from these regions, a fusion guitar album, a cross-over stint with Ictus Ensemble, and now they're back into classical regions. The question one might ask is : why? It's indeed a new musical project, but the styles don't mix, at all. "Pitié" means "Mercy", and that is what we are all begging for : make real music, straight from the heart, not exercises in empty form.


See an excerpt from "Pitié".