How to find the right middle ground between simplicity and complexity? Too much elaborated pieces tend to be stifling for direct emotional delivery and spontaneous interventions, but you have the expectional results of some bands that prove the contrary (Little Huey Orchestra, Exploding Star Orchestra), and if it's too simple, you need to be a fantastic instrumentalist too keep the attention going. Think of some of Wadada Leo Smith's albums or Peter Evans. What the extremes show, is that when you do, you have to go all the way, diving into those regions of unexplored music that touch the soul and the heart directly and differently, leading to a gripping listening experience. If you get stuck in the middle-ground, hesitating between the two approaches, you risk to get caught in the vast majority of records that are published, and that are interesting at best. Sometimes, a few get above the mowing line, mixing both, and the ideas and inventive musicianship make them noteworthy. 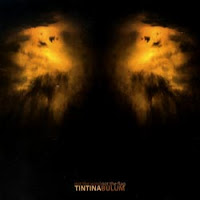 You will rarely have heard an album that starts so slowly yet full of determination as this one. Colin Fisher's guitar chords ring every few seconds without moving too much, and when after six minutes Brandon Validivia makes his cymbals sing, you know you're in for something special. Just one track of close to thirty-nine minutes, ending quite dark and intense. The gradual increase of power is of course an often used effect, but well, ... it still works. 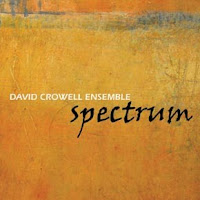 Alto saxophonist David Crowell is joined by Grey Mcmurray on guitar, Mike Chiavaro on electric bass, and Jason Nazary on drums. Crowell played with Philip Glass and that can be heard on some of the tracks where repetitive themes shift over rhythm, but he also varies well with powerful uptempo pieces built along long unison lines. Lots of ideas by this young band, still a little struggling to find its own voice. 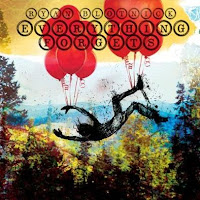 On his second album, guitarist Ryan Blotnick moves into a kind of post-jazz era, playing more rock-ish rhythms, and a ligt sweet sensitivity that almost sounds poppish. With Joachim Badenhorst on sax and clarinet, Simon Jermyn on electric bass, Jeff Williams and Joe Smith on drums, Perry Wortman on bass. Stylistic and refined.

Guitarist Tony Wilson brings together a great band of some of today's best Canadian musicians, with Kevin Elaschuk on flugelhorn and trumpet, Dave Say on saxes and flute, Peggy Lee on cello, Paul Blaney on double bass, and Dylan van der Schyff on drums. The music on the album brings a mixture of hauntingly beautiful pieces, with sometimes too fusion-oriented modern jazz. Wilson does not shy away from complexity, and the first part of the album is actually a reworking of Benjamin Britten's "Lachrymae" (unfortunately misspelled on the album sleeve), but I have the impression that the musical formalism is too much of an objective in itself, rather than an inspiration to develop new listening experience. Still, the album has its great moments. 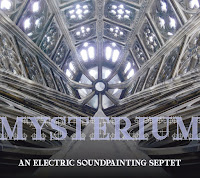 Based on the "Soundpainting" improvisation technique of Walter Thompson, the pieces by this septet sound very composed, and even well arranged. Mixing many jazz styles into one very coherent whole, making this a quite entertaining ane enyoyable album. With Eric John Eigner on drumset, James Ilgenfritz on electric bass, Adam Caine on electric guitar, Sam Kulik on trombone, Jeremy Danneman on alto sax, Lorenzo Sanguedolce on tenor sax, and Evan Mazunik as the soundpainter.