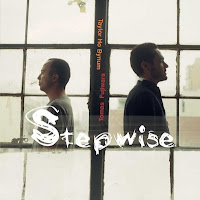 The dialogue of a duet has a special and distinct musical quality that is not comparable to the introspective vulnerability of a solo performance, but does not quite reach the level of a band, a notion that starts with a trio, and which leads to a "group" creation of music. Duets are about dialogue, about intimacy and interaction, bouncing off ideas, contradicting and agreeing, like two good friends. And that's what these two musicians do, as a sequel to their previous album, "True Events". Taylor Ho Bynum plays cornet, Tomas Fujiwara drums. On ten tracks, varying between less than one minute to a little over ten, they sing, they swing, they shout, they murmur, they growl, they scream, they dance, they joke, they weep : they break boundaries and the remain cosy and comfortably within the tradition.

Some of the pieces, such as "Keys No Address", or "B.C." are clearly composed, others, like "Iris" and the long "Splits" are free improvisations that could evolve in any direction. And that's the great part of this album : you hear it all: the history of jazz in a nutshell (Gillespie/Roach, Don Cherry/Ed Blackwell to Dixon and beyond), technically broad, creative and inventive, and with loads of passion.


Listen to some tracks of a perfomance at WFMU which will give you a better idea of the music on this album.

and some video material ....