A born American and a naturalized American, both with Italian roots and a very personal approach to creative music, both have played music for over fourty years. Yet they never met, until this memorable evening in November of 2009, at the Sertso Studio in Woodstock. A big contrast is their musical output. Centazzo's run in the hundreds of records, Giardullo a little more than a dozen. That they met, is a gift from heaven, because these two albums are absolutely fantastic. The first one is a little better than the second one, but that's a very subjective evaluation.

One of Centazzo's greatest achievements in the past decade, is that he opened his musical universe into something quite unique and recognizable. It is not jazz, it is open-minded modern music, with an incredibly expansive feeling, something to be played in empty cathedrals or high up on a cliff near the sea at sunset, but then in a very adventurous and inventive manner (and not even close to new age or other cheap sentimentalists).

As a basically self-taught soprano saxophonist, Giardullo's sound is sometimes comparable to Steve Lacy, but he has learned rhythms and microtonal approaches in India, which shines through once in a while. His tone is warm and lyrical, with a kind of  in-built vulnerability which creates an immediate emotional depth, and if you listen to him here, the absolutely perfect companion to Centazzo's percussion. 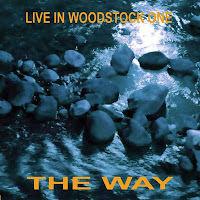 The first album consists of eight pieces, each between four and seven minutes, all improvised. The common language both artists find is pretty impressive. Centazzo's minimal rhythms, and both men's use of silence and open space, allow them to play their notes and phrases with precision, without a hurry, yet accurate to generate the desired impact. The latter fits with Centazzo's theatrical, often dramatic approach, seeking the effect, making his bells and small percussion ring and rattle, or banging hard on his big drum, shaping contrast and perspective. Giardullo in the meantime remains quite restraint, never shouting, always singing, coloring his sounds, taking wild flights at time, yet never excessive. 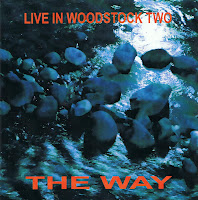 Again, maybe this is just an impression I have, but the second CD is a little more gentle, less explicit in its delivery, less dramatic too, a little more meditative, with stretched notes, more space, moving higher up, into thin air, with a little less tension, yet remaining at the same high aesthetic level.

Both albums are worth having, and it's a little surprising that they weren't released as a double CD. It was one performance after all.

Great. Will definitely try to check it out.
http://jazzandculture.blogspot.com/