Combining many styles and genres into one single blend that sounds fresh and new, like a great and cool cocktail, is relatively unique. Mixing stuff is easy, creating something of which the whole is more than the sum of its parts is a strong feat, but using those parts to create something entirely new is a major achievement. It's the opposite of kitschy world fusion, often the last resort for lack of creativity.

I know a few albums that transcend these genres. Now there is a new one to add to two albums that I listen to time and time again : they integrate composed jazz, played by a solid low-sounding horn section with tuba and electric guitar, solid percussion, world music and rock influences, friendly in atmosphere yet totally non-conformist. ... and they have some of the most beautiful and compelling themes imagineable.

I add the two older albums, The Kingdom Of Champa, and "Racines Du Ciel"  for reference, but will not review them. Check them out. They're great. Although different, they share the same warmth, drive and musical conflict. Full of paradoxes and synthesis. Tight arrangements ánd wild excursions, western ánd eastern music, today ánd the past, gravitas ánd light-footed, familiar ánd avant-garde. 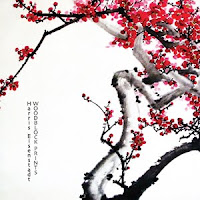 Drummer Harris Eisenstadt is an artist with many approaches to music. Two years ago he released the fantastic "Guewel" with two trumpets and free african rhythms, last year "Canada Day", which received general acclaim, and now he's back with music that really defies categorisation.

First of all the line-up is quite unusual with Michael McGinnis on clarinet, Jason Mears on alto saxophone, Sara Schoenbeck on bassoon, Mark Taylor on french horn, Brian Drye on trombone, Jay Rozen on tuba, Jonathan Goldberger on electric guitar, Garth Stevenson on acoustic bass, and of course Harris Eisenstadt on drums.

Second, the music is inspired by Japanese woodblock prints, as depicted on the cover, yet contrastingly, whereas the Japanese art is purposely created against empty space, the density and complexity of Eisenstadt's arrangements are high, with no space for silence, but that is easily compensated by the overall warmth coming from the horn section.

Third, the compositions are tight, with influences even from classical music in some parts, especially so when Schoenbeck's bassoon comes to the foreground, playing in pure chromatic scales without dissonants, but it is equally big band jazz and rock music. The music can be sweet as Glenn Miller yet as raw and wild as free jazz, which it certainly isn't.

Fourth, Heisenstadt's lets the band play his music. Although there are rhythmic subtleties galore, this is not a drummer's album: it's all about the music: gentle, compelling, expansive, inclusive, refined, but equally hard at moments, full of power and drive, with sound explorations and sonic expressivity that are only to be found in the most adventurous forms of jazz.

Since the music cannot be described, ranging from solemn classically sounding chamber jazz full of counterpoint, to exuberant jazz, I will refrain from doing so.

I can only say that Eisenstadt again shows what real creativity means. Surely the result of hard work and many, many try-outs before chiseling this music out of the hard block of musical tradition. It was in there all the time, only nobody saw it ... until now.

Inspired by his trip to Vietnam, Michael Blake's debut album is still very often in my player. The track "Mekong" is an absolutely stellar theme, but so is the whole album. Wild, sweet and expansive. 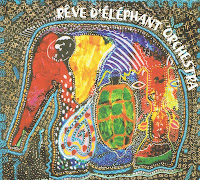