Being far from home, alone in a hotel room, no better context than to listen to the more melancholy kind of music, full of despair and lonely sadness.

There are also times when a person wants some rest, some quieter moments, with some romanticism maybe, but then of the more intellectual kind, the one that is stimulating and interesting without being too demanding. The piano, solo or in a small ensemble, is your best bet.

Here are three albums that will please you. 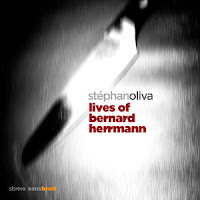 French pianist Stéphane Oliva is possibly the best known pianist in this series, a lyricist with quite a solid background and experience. On this album he brings a live version of his previous "Ghosts Of Bernard Hermann", the famous composer of soundtracks. Hermann's name is possibly not very familiar, but he composed for such movie masterpieces as "Citizen Kane", "Vertigo", "Cape Fear", "Psycho", "Obession", "Sisters", "Taxi Driver", and many more. Not only an integral part of movie history, from Orson Welles to Martin Scorcese and Brian De Palma, but also the top films in the thriller genre. When listening to Oliva's playing, you can understand why. Hermann's music is all about tension and contrast, like black and white movies : romanticism shifts into menace, and suspense evolves into deliverance.

The suspense becomes even more accute because the music is so light, like the footsteps of a person, alone in the dark. It's what it is not there, what is suggested by the silence and the lack of expansion that is the real threat (and treat), the creation of the unreal, conjuring up images in the mind, making it darker and more ominous. Every note is one of anticipation, made even more impressive by Oliva's rubato style of playing. 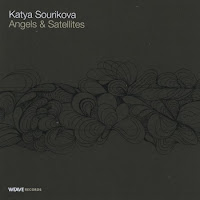 This album could well fit within the ECM catalogue, because of it's genre-defying nature. Yes, it's jazz because of the instruments. Musically though, it is as close to romantic classicism or soundtrack music. For the latter, the music is certainly visual and imaginative. The notes are sparse, clustered around silence, and the music develops slowly, like morning mist slowly dissolving with the upcoming heat of the day. The texture is light, transparent and open-ended, like poetry without rhyme. There are even moments, as on the last track which are directly reminiscent of Jarrett. Yet the album has its moments of instensity too, adding character and variation.

The quality of the production, including the cover art and the booklet are also quite close to the ECM standard. Sourikova is a young pianist who deserves wider attention and who is clearly worth following. A great promise. 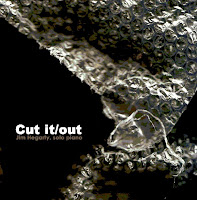 After trying out guitar and sax, Chicagoan Jim Hegarty stuck to piano, his original instrument, for which he further polished his skills in high school, to be followed by studies in composition. His sol album brings  free interpretations of several standards including Billie Holiday's God Bless the Child, John Coltrane's Impressions, and Leonard Bernstein's Maria, interspersed with some of Hegarty's own compositions.

His playing is bluesy, with a very light touch, nice pulse but with an approach that goes a little against the grain, sometimes angular, sometimes hesitant or cautious on purpose, as if the notes themselves are living beings wondering what to do next.