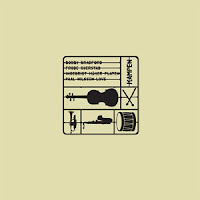 Sometimes there are weird coincidences. When we got new albums on our review list recently, many of them included reminiscences of the golden jazz eras in the 1950s, 60s and 70s. Rob Mazurek’s Pulsar Quartet sometimes sounds like the seminal Miles Davis Quintet, Sam Rivers’ trio with Dave Holland and Barry Altschul brings back memories of his RivBea studio days, Michael Blake taps the great jazz-rock bands of the 70s, Joe McPhee’s plays “Naima” and “Round Midnight” on two new reissues, and even Wadada Leo Smith and Louis Moholo-Moholo salute the great Ancestors. Finally, west-coast-legend Bobby Bradford’s new album reminds one of the landmark Ornette Coleman Quartet with Don Cherry, Scott LaFaro and Ed Blackwell.

Somehow a circuit is complete here because Bradford has had a long history with Coleman. In 1953 he met him in Los Angeles and they played together and worked out some revolutionary notions for something completely new, but before any recordings were made, Bradford was drafted into the Air Force. Don Cherry took his place in Coleman's group, and it was Cherry who left his marks on The Shape of Jazz to Come and This Is Our Music. Then Bradford rejoined Coleman's group in 1961, a period during which the group did not record and performed publicly infrequently. Only in the early 1970s and 80s he appeared on Coleman’s Science Fiction and Broken Shadows.

On Kampen, which features 78-year-old Bradford on cornet, Frode Gjerstad on sax and clarinet, Ingebrigt Håker-Flaten on bass, and Paal Nilssen-Love on drums, he seems to revive the music of Coleman’s band with new combatants. There are marvelous moments when Bradford and Gjerstad soar backed up by one of Europe’s best rhythm groups (you will be surprised if you only know them from The Thing). Cornet and sax/clarinet pick up each other’s tunes and build upon them, mutually they are lighting up sparklers. Hardly ever have I heard musicians listening so closely to one another. Gjerstad once said that Bradford is “always trying to make him sound good” and that “he draws you into his music”. Fortunately, the band likes being in this territory. It is a wonderland bursting from elegant solos, you can find military march quotations and hardbop riffs played in unison, there is a deep knowledge about the history of jazz.

You feel like listening to a visionary band which is trying to blend Free Jazz with the original idea of  Dixieland, the music swings (yes!) and it is totally open, freely improvised, harsh, and tender at the same time. The more you listen to it, the more details you find and the more you’ll like it. Shake on it!

The album is released on vinyl only and limited to 300 copies only.