HAPPY NEW EARS AWARD - THE VOTE IS ON! 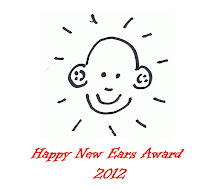 The final list : a balancing act between various subgenres and innovative ways to take music and listening a step further, by coincidence - or not? - also offers a great spectrum of nationalities and instruments, genders and ages. This is of course a selection, and by definition an arbitrary one, based on inputs from specialists who only listened to a tiny fraction of what is available. That being said, there is at least some consensus that these are all albums worth listening to. The vote is on!

You can vote between now and December 31, 2012 at midnight, when the winner will be known. Cast your votes, mobilise your fans, persuade the cynics, convince the indifferent, wake up the musical sleepers .... and have fun!

I vote on Pão. It was for me the best surprise this year.