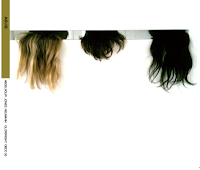 The name of the game with As: Is is obfuscation; piano and sax are present, but difficult to discern (it’s true that Bonnie Jones’s electronics would be hard to disguise, but they’re obscure in their own aspect).  As the record progresses, the ladies give each other a lot of breathing room, contributing sounds one or two at a time as they cycle through ideas. Neumann’s playing is always interesting, if hard to uncover (she’s also at the helm of a mixing desk here), and Abdelnour conjures every breath-activated instrument except saxophone. It’s all pretty abstract stuff, but very much of a piece with the state of improvisation these days. The human presence is always there, but the music is sounding less and less tied to the physical actions and limitations of wielding an instrument. 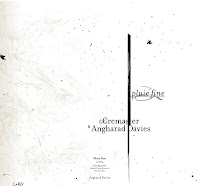 If there’s a response to SET still out there in the vast spaces of the universe, whizzing toward us from thousands of light-years away, I’m betting it’ll probably sound a lot like “Embrun” when it gets here. The mysterious electro-acoustics of duo Ferran Fages and Alfredo Costa Monteiro are joined by Angharad Davies’ translucent violin on Pluie Fine, which the trio crafted from shared recordings of the course of two years. Davies’ violin dissolves into the electronic din as though nothing could be more natural, cresting over low creaks and moans and pitches so high you feel like you’re hearing them with something other than ears. Challenging, otherworldly stuff. 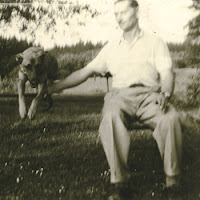 Two Swedes (Martin Küchen and Erik Carlsson) and two Irishmen (David Lacey and Paul Vogel) make up electro-acoustic improvising unit ChipShop Music, here joined by no-input mixing board maverick Toshimaru Nakamura. Protocol captures two 2009 concerts in Dublin, rumbling, moody performances that slowly spread out like melting wax. Nakamura’s subtle feedback is omnipresent, a hazy ether that Küchen and Vogel sail breathy lines through. It’s considered, restrained music, but no less powerful for its discipline. For my money, “The Man Upstairs” is the stronger track, as you get a sense of the huge space of the Kilternan Parish Church, where it was recorded. 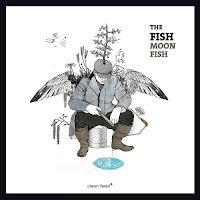 It’s amazing how swapping out even one member in a line-up dramatically changes the results in improvised music—in this case, we have the rhythm section from the 2012 album of the year, En Corps, this time supporting saxophonist Jean Luc Guionnet. It’s a fairly long-running group that plays what you might call “straight” free jazz, and they churn out three tongue-burning, finger-scorching streaks of fire on Moon Fish. Duboc and Perraud are fascinating as always, but Guionnet is sort of the weak link here. I feel bad saying so, as he’s a talented saxophonist, but he lacks some of his usual subtlety here, shrilly barreling along in the same range of notes. I hate to discourage anyone though, as it’s a solid slab of free jazz. I recommend taking it in short, blistering doses. 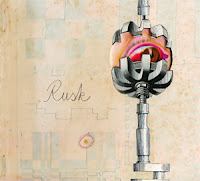 I’m usually not keen on the fragmented nature of “various artist” compilations, but this one grabs you from Clayton Thomas’s haunting solo bass opening all the way to the last muted piano note of Splashgirl’s “We Took Him Out to See the Sun.” In between, you’re treated to multi-tracked madness from Nate Wooley, Jon Irabagon, and Okkyung Lee, a spacey, Eastern-tinged groove from Kammerflimmer Kollektief, and a tense pairing of Svarte Greiner and Kjetil Møste, among other tracks. There’s a lot of variety on show, but it’s a cohesive listen, and a great chance to hear some top improvisers when left to their own devices in a studio.