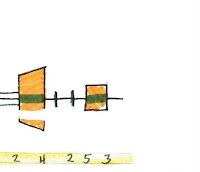 Sinter is a haunting mix of processed field recordings and electronics. It’s an album that deftly slithers between the familiar and uncanny, a solidifying mass of city sounds, tiny ultra-amplified noises, and huge electronic crescendos that might actually be rushing trains or planes lifting into the sky. Occasionally, the sound of people humming or singing rises through the din, and the listener can’t be certain of whether the voices were later added or were chance encounters within the captured environments. Some tracks are less interesting than others, but Sinter is worth consideration for the lengthy closing track alone. “Several or Many Fibers” hums along with a eerie momentum, like it’s pulling you along a dark forest trail or into a secluded tunnel. It’s the sound of twilight, conspiracy theories, Lovecraftian cosmic horror. Recommended. 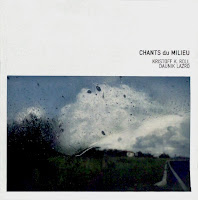 Chants du Milieu sounds like Daunik Lazro playing himself down through the nine circles of Hell. The duo of Kristoff K. Roll create electroacoustic environments that sound like field recordings of imaginary places or dreams, with Lazro’s baritone pushing through as though he’s there, playing from the sidelines of a slightly unsettling dream that’s just too interesting to wake up from. Lazro is fully present in grating, blustery form, never anything less than passionate, and for a few moments in the title track, achingly beautiful. The range here is dizzying, the gravelly tone of Lazro’s saxophone the only constant in a shifting field of familiar and unfamiliar noises.  A fascinating, disorienting 40 minutes of music. 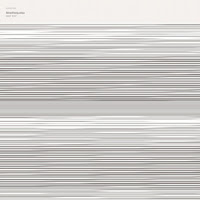 Streifenjunko are a duo of tenor sax and trumpet who use extended technique as the starting point for their pulsing, ambient music, rather than as a tool for coloring more “typical” improvisation. Exactly how much of the double LP Sval Torv is improvised is not clear though, and while it definitely figures into their methodology, it seems likely that it’s used to develop material for compositions. “Våren har aldri begynt så bra” is a gorgeous piece, with a lyrical, quavering trumpet line delivered over a rhythmic sax motif. “Vexselsvev” and “Evig din” are delicious hunks of drone that showcase the incredible synergy and concentration shared by Eivind Lønning and Espen Reinertsen. A unique album, even if it is a bit of a slog to get through both LPs. 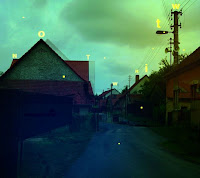 Chris Abrahams is of course best known for his work with marathon out-jazzers the Necks, but his work in other contexts often takes on a quite different hue. Here he greatly restrains himself on synthesizer, floating along with Capece’s explorations of the subtlest changes in breath and tone. There’s a lot of open space here, and a lot to miss if you don’t listen closely. Though the long pieces “Ring Road” and “Southern Patterns” raise their voices at times, only the short closer “All the Oceans Between” has much of a corporeal feel. The rest is as delicate as breath itself, even the parts that emanate from machinery that’s as far removed from breathing as one could hope to get. 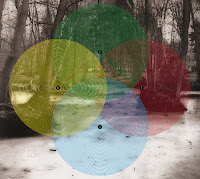 Here Comes the Sun is a long, moody record, an hour of improvisations with no clearly defined rhythm, but always a sense of trajectory; movement is created through tension and color. The music is delicate and unhurried, long drapes of sound, or at times sparkling fields of notes, like light on water. Hammered dulcimer is not a particularly common instrument in free improvisation, but Romen deploys it to great effect, evoking harps, humming oscillators, even muted piano at times. The dulcimer and Schneider’s guitar coast along Fagaschinski’s pure clarinet, creating utterly beautiful, immersive music. “Who’s There?” asks the opening track. Some formidable improvisers, I’d say.