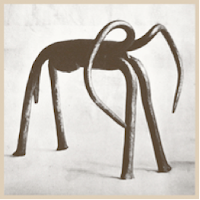 Cafe Oto, which was founded by Hamish Dunbar and his girlfriend Keiko Yamamoto in 2008, has a reputation that precedes the venue like a thunderclap, which is quite unusual for a place mainly supporting experimental music and free improv. It is actually a miracle that they have succeeded in running such a place (and the label they founded) with hardly any funding, even if last year the Arts Council England supported them with £20,000 and Oto has also won the new £25,000 Genesis prize for its work as an arts mentor.

This has now changed since they want to renew their equipment ( they need a new grand piano, for example) and their recording stuff so that they can record all the shows properly. In order to collect some money artists like Evan Parker and Eddie Prévost (among others) donated items for an auction, John Tilbury played a free concert for them and both Fred Frith and Christian Marclay and Thurston Moore and Alex Ward released limited edition vinyl album to support them.

Alex Ward, who is on clarinet and amplifier here, has known Sonic Youth guitarist Thurston Moore for almost 15 years when he worked with him and Derek Bailey. On March, 20th in 2012 they closed the first part of a set (which started with poetry reading by Moore and Tom Raworth) with a monstrously glaring performance. Moore started rather reluctantly with his guitar in his lap delivering feedback and sustained sounds (he used different metal equipment for it) for Ward’s meandering clarinet, before he stood up contributing the Sonic Youth noise sounds we all love so much. The result is a weird free jazz/klezmer/noise rock bastard, which is not far away from Mats Gustafsson’s and Thurston Moore’s “Play some fucking Stooges”, that brought the place to the boil.

“Live at Café Oto” is available as a single-sided limited edition of 100 LPs. It is incredibly expensive (£100) but actually it is worth every penny. Paul Lovens once told me that in such cases I should buy two albums just to sell the second one in three or four years because then the expenditures for both would have amortized - but I don’t want to speculate with music. There are some copies left. Don’t hesitate (if you can afford it).

You can buy it here.