Paal Nilssen-Love and Lasse Marhaug: An Exploration into Noise 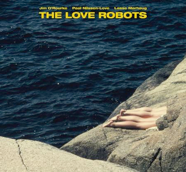 When you look up a definition of “noise” you can find the following entries:
Or as Okkyung Lee put it in the program for the Unlimited 27 festival in Wels: “To me noise generally means sounds that are not wanted, to be abandoned, don’t quite fit in, not to be there and not necessarily pleasant to ears and even “wrong” at certain times.” Of course, this could have been stated by Lasse Marhaug (who regularly works with Lee and who has produced her excellent album “Ghil”) and Paal Nilssen-Love. Together, they are one of the greatest challenges for any listener –Marhaug alone is like coming under a fierce attack, but in combination with Nilssen-Love it’s like being overwhelmed by a huge electrical storm. 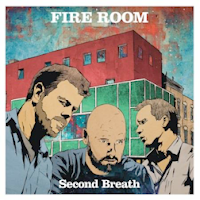 But their noise is different: it’s not just unpleasant but something that gives you a visceral tingly sensation that leaves pleasure and satisfaction. You feel more alive and appreciate the beauty because of the very personal and individual way they play with noise, with static – with sound that cannot be notated – in order to create something coherent and musical. What makes Marhaug’s and Nilssen-Love’s noise so exceptional is the way they integrate it into their music. They’ve developed a new and personalized vocabulary that says something about them, and about the journey they’ve made as musicians.

The most interesting of their latest collaborations is the one with guitarist Jim O’Rourke, who contributes classic Sonic Youth guitar noise to the duo’s excesses. At the start, Nilssen-Love is a very economical: his usual velocity is reluctant, almost coy. The three musicians blend excellently with each other, Marhaug’s electronics and O’Rourke’s guitar effects are a perfect match – a combination of early Pink-Floyd-psychedelia and new music in the tradition of Stockhausen and Mario Bertoncini. Side A end with a magical moment that could go on forever. The flipside is rawer and more disruptive, Marhaug’s evil static is a constant presence: the disagreeable and disturbing side of noise – something which is constitutive and essential for Fire Room. This band (with Ken Vandermark on saxes replacing O’Rourke on guitar) is nervous, powerful and energetic with tortuous blasts and saxophone outcries, music full of brutality and violent breaks. This is not the beautiful noise of the first part of “Love Robots”, lacking its refined sensations, but a full on attack. The album was recorded live on November 23rd  2011 at the Vortex in London, and for these 40 minutes the club must have been set on fire by this band: uncompromising, radical, right at the threshold of pain. 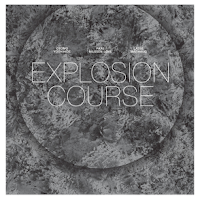 “Explosion Course”, the third album, presents another guitarist: Otomo Yoshihide. He is a more “classic” guitarist than O’Rourke, especially at the beginning where he creates a wall of distorted guitar sounds that almost drown out Marhaug’s electronics, but enable Nilssen-Love to move to the foreground. The A-side presents Yoshihide sounding like Sonny Sharrock going berserk, with Nilssen-Love’s drumming a torrent carrying everything away. The album is bookended by two loud outbreaks, but it also seems to be the most introspective of the three. There are long passages of what I’ve described as beautiful noise – especially the weird psychedelic passage at the beginning of the flipside which sounds like manic early Can. It becomes more interesting the more you listen to it. Structurally, the two Pica albums are alike, seeking direction at the beginning, and increasing loudness and power at the end.

All three albums portray Paal Nilssen-Love as an experimenter in sound, and illustrate his outstanding diversity as a drummer.

“Love Robots” and “Explosion Course” are available on vinyl only, “Second Breath” can be purchased on vinyl and CD. The covers of the LPs are wonderful pieces of art.

The albums can all be bought on instantjazz.com.

Those interested in the noisier side should also consider the excellent