Sax and Drums and Rock and Roll 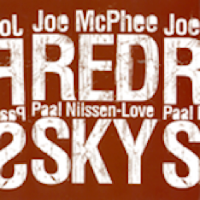 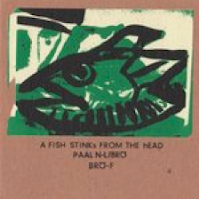 The saxophone and drums format is now a staple of free jazz, and one that Paul Nilssen-Love has explored previously with amongst others, Joe McPhee and Peter Brötzmann, who join him here in two new performances, both coincidentally named after proverbs. (McPhee also plays pocket trumpet and Brötzmann, tárogató…but I’m not going to let that get in the way of a good title.)

Nilssen-Love is not so much a textural as a rhythmic drummer, where everything flows from an acute sense of pulse and sub-divisions of the beat. More Elvin Jones or Roy Haynes than Sunny Murray. Like all great musicians, he has a recognisable voice, but is also flexible enough to adjust his playing to suit the ensemble in hand. These two albums share the same drummer, but not necessarily the same drumming. With McPhee, Nilssen-Love is lighter, more restrained to match McPhee’s often reflective cast of mind; with Brötzmann, the intensity tends to discourage any kind of restraint.

Nilssen-Love’s precision and sense of dramatic contrast can be heard on the title track of the McPhee album – recorded at the 2008 Kongsberg Jazz Festival – Red Sky (inspired by the adage: “red sky at night, sailor’s delight, red sky in morning, sailor’s warning”). He opens with brushes under McPhee’s nervous smears on trumpet, and when McPhee switches to tenor Nilssen-Love drops down to hi-hat alone before gradually rolling out over the whole of his kit and forcing ever more energetic lines from the saxophone. On Peach Melba he provides restless bursts of energy, an unsettling backdrop to McPhee’s chiaroscuro phrases.

In discussing Iron Man Returns in the liner notes, McPhee name checks the unusual triumvirate of Eric Dolphy, Marvel Comics and Black Sabbath. The first half is a barrage from Nilssen-Love, which gradually subsides as McPhee plays a riff which, to my ear at least, bears no resemblance to Sabbath’s Iron Man (which had nothing to do with the superhero) but which does sound a bit like Dolphy. Confused, I decided to abandon the liner notes and just enjoy the music.

McPhee has produced a number of musical tributes and elegies – most notably on the album with drummer Chris Corsano: Scraps and Shadows – and there are more here. Till (Remembering Emmett Till) is a plangent lament on trumpet and then tenor, with repeated funereal cymbal strokes from Nilssen-Love, who briefly accompanies himself and McPhee on drums. Again, an appreciation of the power of a simple gesture.

McPhee’s version of Duke Ellington’s Come Sunday commemorates the same tragic event as John Coltrane’s Alabama, with more nuanced brushwork from Nilssen-Love. As the piece comes to a tender close, McPhee’s tenor is reduced to a whisper and barely completed phrases, as if ultimately lost for words in the face of the terrible deaths of four children, incinerated in a church.

And so, to A FISH STINKs FROM THE hEAD (that’s the typography on the cover – a proverb that means that when people in charge misbehave, others will follow) which is a performance recorded at London’s Cafe Oto on the second night of a weekend residency in April this year during a European tour by Brötzmann and Nilssen-Love. As is often the case at Oto, they were joined by local guests: Pat Thomas (piano) on the first night and Claude Deppa (trumpet) the second, from which this recording is presumably the first set, with Brötzmann and Nilssen-Love playing alone. Oto is an environment in which Brötzmann can be at his most inspirational, and the good news is that many of his recent performances there have been recorded, hopefully for future release.

In the title track, Brötzmann and Nilssen-Love let loose with a burst of kinetic energy, a point at which many other duos would finish their set. One can hear how Nilssen-Love has incorporated the syncopated grooves of rock drumming into his playing – as well as an ability to reach sound levels not heard since John Bonham – but without the leaden and rather shadeless beat beyond which many rock drummers don’t seem able, or prepared to progress. With Nilssen-Love there are polyrhythms, with superimposed clips and rolls, patterns rising and falling, expanding and contracting, sometimes sounding like an Ewe drum orchestra with Nilssen-Love as both master and secondary drummer. Over this, Brötzmann’s blues-like phrases groan, struggling with paroxysms of joy and terror. They’ve been here many times before in various combinations, but it still sounds fresh and exhilarating.

After a solo passage from Nilssen-Love, Brötzmann switches to tárogató and the shock waves recede. His own solo is full of typically obdurate phrasings. Almost inevitably, the denouement is the variant of the Master of a Small House theme heard when the ADA trio played at Oto with Pat Thomas the previous year (reviewed here). Repeated listening suggests that in fact, the harmonic structure of this theme governs the whole piece, oblique references gradually narrowing to simple quotation: the reverse of the usual improvising trajectory. The music then fades, with Nilssen-Love using his hands rather than sticks.

By way of contrast, Range of Night is a ballad; gradually moving from sorrow to anger as Brötzmann’s vibrato laden line become louder and starts to fracture.  Nilssen-Love does not mark time behind Brötzmann, he occupies a complimentary part of the same territory – matching and following Brötzmann’s emotional curve – and showing that he can do textural playing when the need arises.

I’ve knocked off half a star in rating both albums due to the paltry 34 and 33 minute durations. Neither is an essential purchase, but they’re desirable nonetheless. The albums are released on Nilssen-Love and Brötzmann’s own labels, respectively. Unfortunately, A Fish is limited to 400 copies which can be purchased from Eremite Records’ website, but you might need to be quick as some will have been sold at gigs during the duo’s recent US tour.

You can see part of the title track from the McPhee, Nilssen-Love performance here:

And Nilssen-Love and Brötzmann from a few days before Oto, here:


The albums can all be bought on instantjazz.com.
Paul on Wednesday, December 25, 2013
Share

I'm always pleased when I notice that artists/labels kept albums short. 30+ minute albums work fine for me (on the other hand, there are barely any 60-70 minute albums that wouldnt benefit from some editing, imo). but: excellent reviews!

I think Guy is totally right, but what is even better is when the disc is filled with two whole sets from one evening, like for example "Live at Vortex" by Parker/Guy/Lytton.

And keep the reviews coming! PNL has so many releases per year, so it's good to know which are the essential ones.