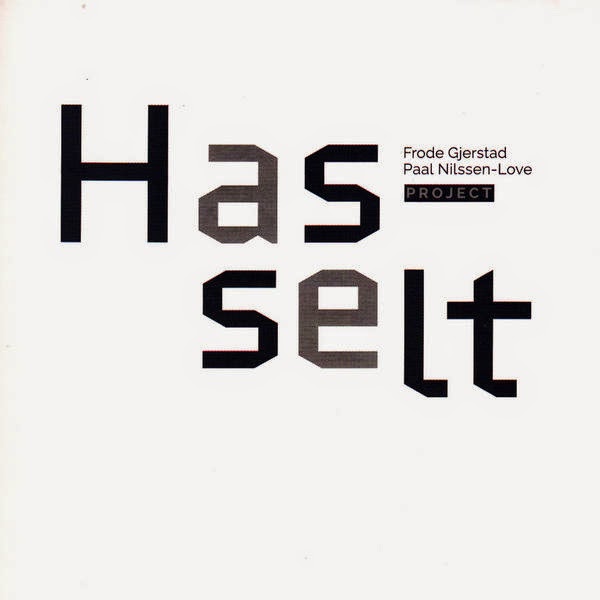 I’ve been following Norwegian reed man Frode Gjerstad for years, even collaborated with him a few times but Hasselt, his new disc recorded live at the Hasselt, Belgium Cultural Centre in 2006 is perhaps his meatiest and most lyrical work to date.  Simply put, this album is a powerful statement far exceeding the scope of a simple live quartet recording.  Sabir Mateen’s sax work proves the perfect counterpoint and foil for Frode’s muscular, multi-timbre explorations and the two sound like they practically read each other’s minds in their taut interplay on the album’s five tunes.  It is so well executed it leaves you wanting more hoping maybe more was played at the concert not included here (which is kind of the point isn’t it?).

Drummer/percussionist Paal Nilssen Love who has worked extensively and sympathetically with Mr. Gjerstad before is on skins again here and truly shines and holds it down keeping the bold improvisations grounded and, dare I say, rocking and solid.  To me he’s sort of, for the rockers among us, the Keith Moon of free jazz.  He swings, propels, titillates yet keeps perfect time (the last not necessarily something Mr. Moon was known for alas…).  The real surprise for me here is Danish bassist Peter Friis-Nielsen.  He squeezes every bit of funky goodness and growl out of his double bass while still retaining a strong pulse and never losing his intonation.  No small feat.  This is expansive work by all involved.

My wife has read some of my reviews and given me a hard time for using too many superlatives and fluffy journo-speak to describe the music so here’s what I would tell my best friend: When you first put this disc the opening song feels like your first gulp of strong coffee in the morning only to realize you want more and more which invigorates your system but somehow leaves no jittery buzz but simply fuzzy, bouncing warmth and pure energy.  I’ve listened to it five times already start to finish and could easily put it on again without feeling like I’ve heard it before at all.  To me there’s no stronger recommendation than that.  In fact, I’m so taken my this record that I almost forgot to write about it because each time I think about it I had to put it on again and I drifted off again with its thundering, exhilarating storm.  Not a bad island to be stranded on for a good while.

Highly, highly recommended stuff.  If this is your first introduction to Frode Gjerstad’s work there could almost be no better place to start but don’t stop here.  He rarely repeats himself and has a vast catalog well worth researching.  His work on this recording includes sax, flute and occasional clarinet and he’s highly proficient on each.  Kudos to the entire unit on this record.  They could well be considered a classic line up in years to come whether they record again or not.  That’s how good they sound together here.  I could prattle on and on and wax more poetically but it wouldn’t add anything more to this gem without ruining your own discovery of this set and possibly overstating it.  Simply, check it out.  I think you’ll dig it.  As we Scandinavians say, “Skol!”