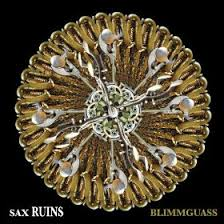 
Yoshida Tatsuya is the lone gunman of the Avant-Prog prairie. In the course of a career that spans almost three decades by now, he has only occasionally performed in a conventional rock-band context, and when he did, his stints usually didn’t last very long. Tellingly, his main musical outlet, the Ruins, was (and, in a way, still is) not a full band, but a duo in which the drum maestro performed alongside a rotating cast of bassists. Four different bass players (one at a time, of course) have played in the Ruins over the years, and after the last one had left – not long after the release of the excellent Tzomborgha –Yoshida decided to continue without a bassist, under the moniker Ruins Alone. This little narrative is not, of course, meant to imply something about the drummer’s character. The point of this introduction is a rather obvious one: unflinching dedication to a cause can often result in your being the only one left.

In Yoshida’s case, though, this has not impeded his musical career in the least. Unable to find a bassist with the skill and spare time needed for the Ruins, he has – as mentioned above –turned the Ruins into a tape- and/or computer-assisted one-man enterprise. Moreover, he has recorded and performed with several high-profile avant-garde musicians, among them John Zorn, Keiji Haino, Uchihashi Kazuhisa and Satoko Fuji. That’s elevated company, and many of those collaborations don’t just look good on paper, they’ve also yielded (at times) spectacular results (Erans, the duo recording with Satoko Fuji, deserves particularly high praise).


Viewed against this background of excellence, the recorded output of Ruins Alone (so far) is a bit of a letdown. The sole full-length release suffered from a sterility that often comes with man-machine interplay, and didn’t leave a lasting impression on me. In a way then, Sax Ruins – a project with saxophonist Ryoko Ono (that’s just one letter away from good old Yoko) – can be viewed as an attempt to remedy those shortcomings. Blimmguass is the duo’s second full-length, and considering its quality, I have to kick myself for missing out on the Ipecac-released debut.

While the new record features mostly revisions of well-known Ruins classics, that’s not a problem at all – not even if you’re a long-time fan like me. The saxophone is, of course, endowed with an expressiveness that’s far beyond the scope of even the most heavily effects-treated electric bass, and Ono’s virtuosic playing brings out moods and colors the originals could only hint at. Vrresto starts off the record, and it’s a fine enough opener, but the first real jaw-dropper here is Refusal Fossil. In four short minutes, it assaults with jarring stop-start blasts and multi-tracked sax blowing that easily rivals the volume and intensity of a violently strummed electric guitar; this is punchy jazz-punk on par with Zorn or Zu. The title track, which I assume is a completely new song, is no less impressive, albeit a bit more varied. At first, it’s a wild ride, with the saxophone struggling not to be thrown out of the saddle by the drums’ permanent changes of direction. A little later, it segues into a much calmer middle section, dominated by sustained tones and reminiscent of the melancholy ballads of 70’s King Crimson. Towards the end, of course, the mayhem returns.

Since listening to this record is a lot more fun than reading a track-by-track retelling of it, I’ll leave it at that; that being said, Zwimbarrac Khafzavavrapp (how’s that for a song title?) probably deserves special mention. Originally written for the Asphalt Orchestra, an avant-garde marching band performing songs by artists as disparate as Björk, the Pixies or Meshuggah, it’s the longest and most nuanced track here, shifting from powerful marching rhythms to exuberant melodicism in the blink of an eye. To make a long story short, this is a great record, and I think the “post-bass” Ruins have never sounded this vital before. Here’s hoping that Ono, whose contributions throughout really are amazing, will stay for the long haul.

Check out a track here.