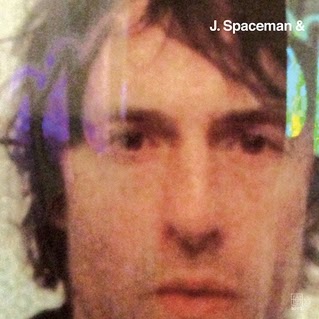 I have seen many concerts over the years and there are moments I will never forget. One of these events is Spacemen 3’s gig in Stuttgart’s recently closed club “Die Röhre” in the late 1980s. When guitarist Jason Pierce entered the stage he stubbed out a fat joint, sat down on a bar stool and then the band started a huge chord that went wrooooom, it was a psychedelic symphony par excellence (they even taped keys on their organ to make the drone last before they left the stage). Spacemen 3’s credo was "Taking drugs to make music to take drugs to" (J. Spacemam really lived it.) His follow-up project Spiritualized has made seven albums full of drug imagery (among them the seminal “Lazer Guided Melodies”, “Pure Phase” and "Ladies and Gentlemen We Are Floating In Space", which came packaged as a giant pill). Today Pierce has stopped taking drugs after being diagnosed with severe liver damage some years ago but his music still breathes the old Spacemen 3 attitude, even when he teams up with free jazz musicians (check out the last 20 minutes on Spring Heel Jack’s “Live” album and you know what I mean).

This is not the usual music we have on this blog but sometimes I can’t get enough of it.

Make sure you get a copy.