Brooklyn based drummer Andrew Drury is a phenomenon to watch perform as his playing often transforms the instrument itself. His kit will be disassembled during a show as unorthodox methods and unexpected equipment, such as violin bows and actually blowing into the instrument, are used to play the drums. It is little surprise then to see Drury releasing two separate albums, visually of a pairing, but musically as diverse as could possibly be - one a solo percussion piece playing out the possibilities of a single piece of percussion and the other a take no prisoners free-jazz-rock quartet. 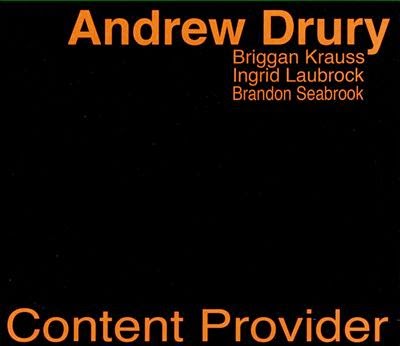 How to read that title, Content Provider? Is Drury stating that he is simply providing content for consumption or is he content with the music he provides to the world? There is a lot of wiggle room in there, but, I'm going to go with both for arguments sake: with a band as versatile and virtuosic as this, how can you not be a satisfied content provider?

Joining Drury is tenor saxophonist Ingrid Laubrock, tenor saxophonist Briggan Krauss, and guitarist Brandon Seabrook. The four create a style of music that is equal parts free jazz, modern jazz, and jazz-rock. There are strong compositional elements in each song, and the tracks breath freely - remaining fresh even after repeat listenings.

The tracks 'Keep the Fool' and 'The Band is a Drum Set' bookend the album with some solid rock inflected riffs. The former kicks off with an intro from Drury, Seabrook then ups the ante with a driving lead and the deeply syncopated groove sports some fierce playing by Laubrock and Krauss. The second track 'El Sol' is a bit more abstract, featuring fully improvised sections that lead seamlessly in and out of the composed ones. The title track is a really interesting composition, with an introduction melody possibly referencing 'Also Sprach Zarathustra' for a split second, but what follows is no Deodato. A solemn procession leads into a free exchange, giving off the feeling that no one single person is leading, no one is holding back, and everyone is providing a piece of the content. That is true of the whole album - there is no single voice that dominates, everyone has an integral part in the sound. Referencing his home borough, the composition 'Brooklyn Commune' has very interesting twisting and intertwining lines, and some wonderful free form saxophone work. 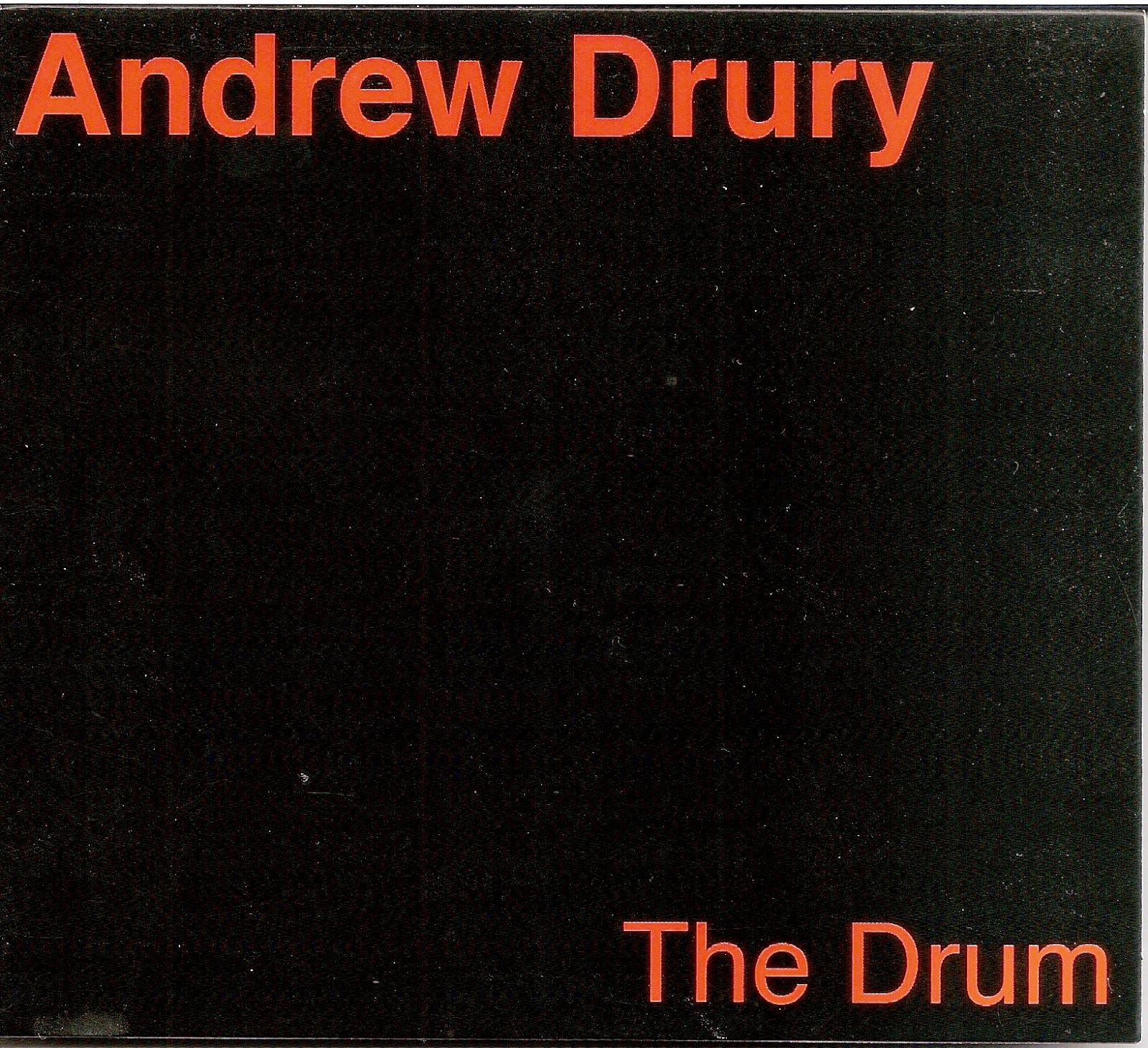 A whole album performed on one drum, a floor tom, that is used and abused in ways hithero unimaginable. Besides being one of the more arresting solo percussion albums of late, the album is really a thesis that begins with Drury stating 'The Drum', and then goes deep to prove it in as many ways as possible.

The first track, the aptly titled 'Hidden Voices', starts the drum debauchery. Drury finds every conceivable way to make his drum talk and sound in a manner that is the exact opposite of a drum solo, pulling out the most obtuse and unexpected sounds. His approach is not haphazard, uncontrolled, or random, rather it is extremely thoughtful and well practiced. In fact, when it comes to the title track,  I've listened to groups with many more musicians and instruments who produce less sound than Drury does here with just one drum. There are layers - a drone, a rattle, a pulsation that almost promises more - if possible. And it is - like 'Aluminum Donkey Dance', where the scream that begins the track then showcases the polyphonic abilities of the drum or 'Thesis/Antithesis' on which somehow Drury produces a tone that sounds like a slightly choked cello. An album highlight is 'Askew' that growls and reverberates so palpably that you feel the the friction of the fingers and sliding across the drum head.

It's hard to say that this is an album that you will listen to over and over like Content Provider. Rather, like a thesis, it's a labor of love for the researcher and certainly argues a case for the subject matter. On the other hand, listening to this album is utterly fascinating as it transcends and transforms the drum into something else entirely.

Andrew Drury and the Content Provider band will be at Roulette in Brooklyn, NY on Tuesday, Feb 17th for a double CD release concert.