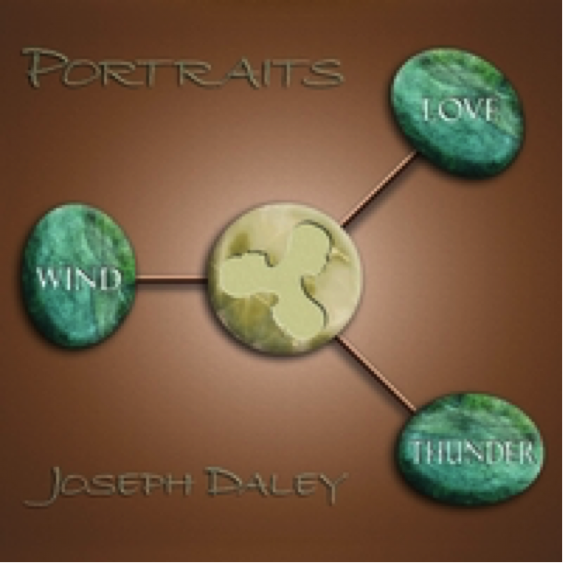 One of the unsung heroes of the 70s and 80s avant garde, Joseph Daley is best known for contributing his considerable talents on the tuba to musical efforts from (among others) Bill Dixon, Sam Rivers, Alan Silva, Charlie Haden’s Liberation Music Orchestra, and Muhal Richard Abrams’ Big Band.  More recently, he made a welcome appearance on Marty Ehrlich’s first-rate A Trumpet in the Morning.  But still unbeknownst to many, Daley has also been busy in recent years as a composer and arranger, as he’s been putting together a sequence of recordings made with larger ensembles that are exploring and opening up new possibilities for larger groups.  The most noteworthy of these was 2010’s Seven Deadly Sins, a gem of a record that was both highly creative in its ensemble voicings and at the same time really infectious, with a stellar rhythm section and low-end brass anchored by Daley, whose unmistakable ability to sustain a groove was front-and-center.  Since then, he’s gone in a more classical-inflected direction, abandoning a horn section and relying on string orchestras to bring his musical vision to life.  He released Seven Heavenly Virtues in 2013, and now we have Portraits, with string orchestra, piano and percussion.

Unlike Seven Deadly Sins, which was genuinely Mingus-like in its ability to grab you and pull you into the music with terrific horn harmonies and instantly-appealing rhythms, Portraits takes a while to work on the listener.  The first half of the record is a five-part suite entitled “Wispercussion,” in which percussionist Warren Smith, himself a veteran of many seminal free-jazz recordings over the decades, is featured.  Using different instruments, including vibraphone, marimba and a regular drum kit, Smith is able to establish a dynamic and compelling rapport with the strings, with plenty of movement and subtle rhythmic repetitions, as well as effective counterpoint.  While the absence of brass in particular is noticeable in giving the suite less of a “jazz” feel, it’s a very intriguing work, with lots of interesting moments to savor, and some beautiful passages which are quite evocative.

The three remaining tracks on the record all vary stylistically, but with a bit more of Daley’s jazz roots showing through.  “Shadrach: Portrait of Bill Cole” indeed showcases Cole’s work on the Nagaswaram, a South Indian double-reed instrument which lends a unique aspect to a song that has a more swinging rhythmic foundation.  “Doretha and the Blues” is an early blues-based composition of Daley’s from the early 70s, and the use of Fender Rhodes and the more straightforward 4/4 drumming gives it a somewhat more dated feel; it’s probably the record’s weakest track, and it doesn’t quite fit with the other material.  On the other hand, the album’s closer, “Industria,” is a much darker and ultimately more compelling arrangement of strings in conjunction with the rhythm section.  As the track gradually builds in intensity and a dialogue unfolds between Smith’s tympani and violinist Elektra Kurtis, Daley’s effort to bring the jazz and classical musical worlds together succeeds triumphantly.

There are some wonderful resources available at www.jodamusic.com for background on the making of the record, including some great visual clips.