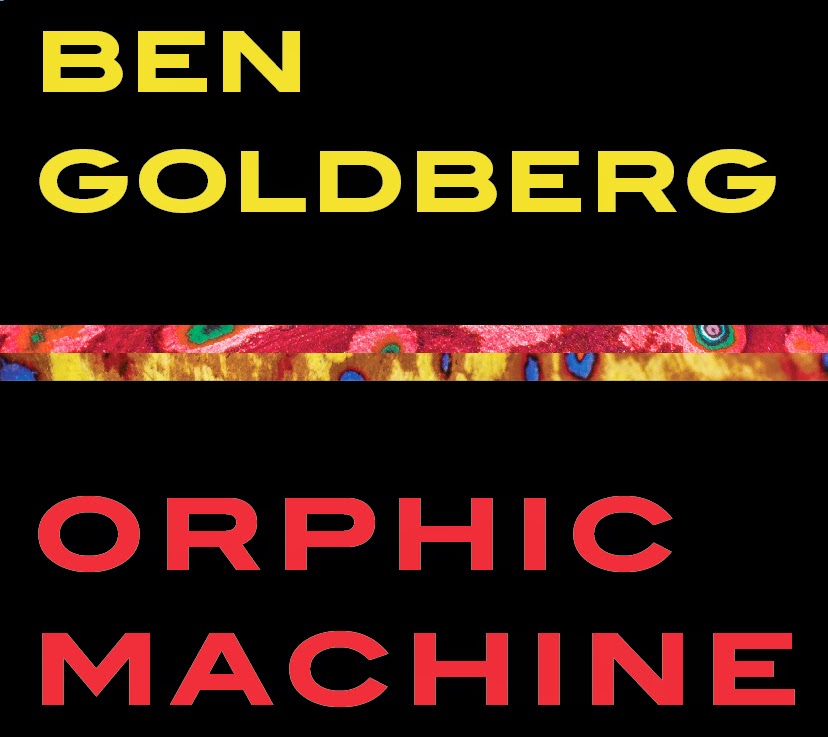 What draws me to clarinetist Ben Goldberg's music - whether it's his interpretations of Thelonious Monk, the rock oriented Unfold Ordinary Mind or  other works - is his bending of the familiar, and how simple musical statements will intertwine and build into dramatic structures. The aforementioned work of Monk works well just by its nature, as does the lyrically oriented songs on Orphic Machine.

A central component of this album is the lyrics, sung crisply by violinist/vocalist Carla Kihlstedt, and derived from the work of the late Allen Grossman, a professor at Brandeis & Johns Hopkins University under whom Goldberg once studied. Goldberg says it best:


"When I first went to college I took a class from a man named Allen Grossman; his weird way of thinking touched something deep in me.  Eventually I had to write the songs on this record, made from statements about poetry that I found in his book Summa Lyrica. I puzzled over them for a long time, and then they became songs."

I haven't read the text so I'll try to let my comments be mostly about the music, but the lovely first stanza sung is a joy in itself 'As soon as I start to read a book, I stop talking.' It is delivered, deliciously phrased, between delicately harmonized passages.

The music isn't 'free-jazz', buts it is an unusual combination of a scholarly text and an expanded jazz group. The songs are rendered by the stellar line-up of Carla Kihlstedt (Voice, Violin), Ron Miles (Trumpet), Rob Sudduth (Tenor Saxophone), Myra Melford (Piano), Nels Cline (Guitar), Kenny Wollesen (Vibraphone, Chimes), Greg Cohen (Bass), Ches Smith (Drums) and Ben Goldberg (Clarinet). Kihlstedt's violin work is lovely, her singing unadorned and precise, Goldberg's clarinet playing is as rich in tone as always, and well established free jazz players like Cline and Melford assist in keeping the music edgy and lean. Miles' cornet is like a breath of fresh air as it rises above the band, saxophonist Sudduth helps add a counter weight to Goldberg flights, and Wollesen's vibes add a nice metallic sheen. The ensemble really cooks on tracks like 'Bongoliod Lens' and ‘Care’, and proceed with great caution and care on the slower ones.

Orphic Machine is a neat one - great writing, excellent musicianship and an unusual inspiration make for a work that is enjoyably off-center.