Many and Meta: Orchestra Omar / I Never Meta Guitar 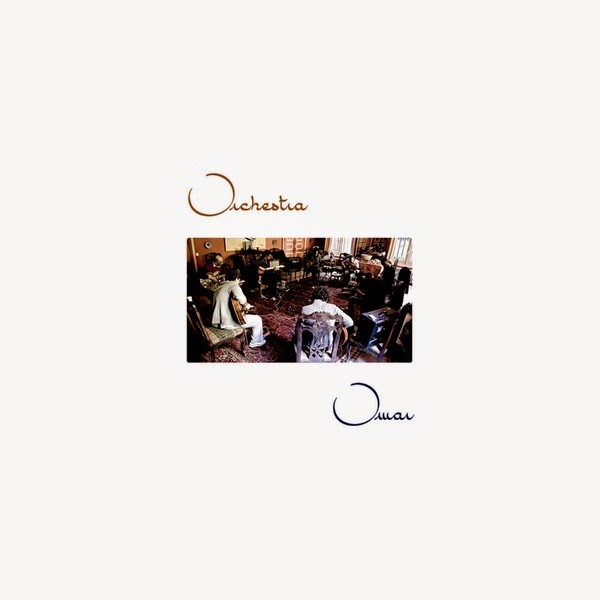 Sometimes we open our ears to other stuff than jazz, and if it's really worthwhile (I mean, bringing really something of interest to fans of music that breaks boundaries), we review the music.

This album is of interest for various reasons. First, it's a electric guitar band from the Middle East, with only guitar players : Charbel Haber, Fadi Tabbal, Osman Arabi, Shari Sehnaoui and Tony Elieh (on bass guitar) from Lebanon, Umut Caçlar from Turkey, Maurice Louca from Egypt, and Sam Shalabi from Canada (and of Egyptian origin). Second, as you might have guessed, they represent some of the most adventurous musicians of the region. Third, they don't give a damn about stylistic purity, giving us a wonderful mix of prog rock, electroacoustic, noise and dark psychedelia, inspired by the guitar of the late Egyptian musician Omar Khorsid.

The music is composed, with a quite repetitive basis, over which the various guitars start adding additional themes and phrases, but without actually soloing. The result is highly rhythmic, hypnotic and haunting music, dragging you along in either ecstasy of absolute doom, depending on the listener and on what part of the music he/she is listening to. If you think that eight electric guitars would be too much, I would recommend that you listen to it, and unlike so many jam bands they avoid the absolute chaos of too many voices, instead developing the compositions in a very controlled and disciplined way, adding little touches, some color, some piercing solos, some additional arpeggios, over the relentlessly hammering chords. 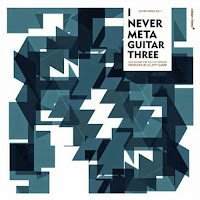 This is the third instalment in the avant-guitar series curated by Elliott Sharp, which comprises of different guitarists who each contribute one track to this compilation album.  The compliment of artists is completely different again to the previous two volumes, which also have a distinct roster from each other.  There is a range of approaches and styles, as one might expect, but the album continues to promote the solo guitar ethic that has been well established within this series.

As the title suggests the work of the artists chosen generally goes beyond the conventional approach to guitar playing, be it rock or jazz, and moves into much more exploratory areas creating music of an abstract and thought provoking nature.  From the free-rock of Ed Ricart to the acoustic approach of Jim McCauley, we also find much more heavily processed and effected sounds in the work of Cristian Amigo and Alessandra Novaga, to name just a few of the eighteen guitar players who contribute to this volume.  Other pieces worthy of note are Bruce Eisenbeil’s “Song for Katsu”, a very articulate piece with a slightly funky feel and clever use of volume swells.  “Variazioni Su Un Monologo Funambolico” by Anders Nilsson, an understated track that doesn’t contain any extra bells and whistles, but uses a good ol’ fashion clean electric guitar sound that is distinctive by its excellent compositional ideas and musicianship creating a wonderful atonal vignette.  There is also Brandon Seabrook’s “Fingertupper” a high tempo looping fingerpicking workout.

This series is gradually collating a detailed and exciting vault of guitar work that documents the style and approach of various individuals throughout the world of modern guitar playing.  Similar to that of a periodical where we can get used to the idea and nature of the magazine, but ultimately we then wait with interest to see what the content is in the next instalment.