With the increasing attention on John Zorn’s classically-oriented output, it’s a little too easy to overlook his massive Book of Angels project. With 27 volumes already released, Zorn’s completely outdone himself, taking some of the most notable aspects of Masada Book 1, traditional Jewish harmonies filtered through a pianoless Ornette-inspired quartet, and repeatedly blown them apart and reassembled them into compelling, and catchy, ways. Here’s a brief look at the 2015 releases. 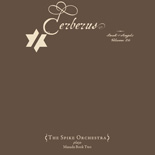 First, I love that Tzadik bills this as “the Big Band Masada project you’ve been waiting for.” From one perspective, there have been a handful of big-band Masada projects throughout the Book of Angels series. And yet, about halfway through the album, when the London-based, 18-piece Spike Orchestra hits its Ellingtonian stride on “Armasa,” it’s clear this really sounds unlike any other Masada project. In truth, the big-band swing kicks in about a minute into “Gehegial,” the album opener. Cue up 00:35 and be transported to a fantasy New York where Harlem borders Hasidic Williamsburg. The band, led by vocalist Nikki Franklin and trumpet player Sam Eastmond, wears its classic big-band influences on both sleeves and waves them like huge flags. “Hananiel” is a straight-ahead swinger that really cooks under Stewart Curtis’s clarinet solo. “Lahal” nicely blends orchestral verve with klezmer, showcasing Sam Leak on keyboards and Paul Booth on tenor sax. The centerpiece of the album, and my personal favorite track, is “Armasa.” Erica Clarke lays down a banging baritone sax riff, and gradually the rest of the band layers on until about 2 minutes in, when the swinging melody takes over. Clarke remains the highlight of the track, but the high brass section of Eastmond, George Hogg, Noel Langley, and Karen Straw adds brilliant counterpoint. On the final track, “Pahadron,” a guitar-heavy stomp backs Franklin’s almost mystical vocals. A brief klezmer-inspired bridge segues into a melancholy solo from Eastmond. The closing moments are an inspired blast of chaos, hinting at some greatness to come. Definitely recommended. 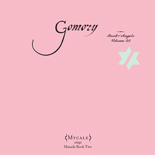 GOMORY is Mycale’s second entry in the Book of Angels. The all-women vocal quartet—Ayelet Rose Gottlieb, Sofia Rei Koutsovitis, Basya Schecter, and Malika Zarra—uses a pared down, crystalline minimalism that recasts the original Masada quartet. Vocals are sung in multiple languages, including “Portuguese, Berber, Hebrew, French and Spanish” according to Tzadik. I’m going to go ahead and start by damning with faint praise: GOMORY is a fine follow-up to the group’s debut, MYCALE, and it’s certainly a welcome installment in the bonanza of new groups that have sprung from Zorn’s imagination. But the resulting album is little more than a sequel to a great album, so some of the shine has been rubbed off. However, Mycale remains a remarkable interpretation of Zorn’s work, and this group, much like the Masada String Trio, has become a staple of the whole Masada project. “Huzia” alternates wordless staccato rhythms with a gorgeous sung melody. The mix of languages gives the whole recording a decidedly Sephardic flair that plays against the more pronounced Ashkenazi influence of the first Masada quartet. On “Pelial,” Mycale undercuts a yearning melody with a barbershop-influenced rhythm. About a minute later, the quartet coos soothingly before transitioning into a kind of four-way vocal duel. Popping and leaping in different directions, Gottlieb, Koutsovitis, Schecter, and Zarra open up the spaces between each other, providing an intriguing refraction of the opening minute. For anyone who enjoyed Mycale’s debut, I highly recommend this album. For those who are new to the band, either is a perfect place to begin. 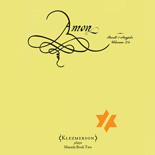 Klezmerson’s 2011 Tzadik album, SIETE, was a major breakthrough for the band, and AMON is a thrilling follow-up. As a band, Klezmerson’s more out-there moments belie a lightness and humor that’s woven into Zorn’s music. Much like Masada represents a filtering of traditional Jewish music through various world musics, primarily jazz, Klezmerson’s Benjamin Shwartz weaves together elements of Sephardic music, filtered through a Mexican-infused klezmer sound. The result is danceable, funky, and richly satisfying. The stage it set on the opener, “Samchia.” Reeds start with a brief teaser over light rhythm guitar work, as Moises Garcia provides a piercing call and response on trumpet. Before the first minute is up, Chatran Gonzalez and Gustavo Nandayapa join on drums and percussion, and horns and strings swing into the pulsing melody. If I’m not mistaken, this is the largest band Shwartz has recorded with under the Klezmerson band. In total, there are 16 names on the liner notes, and the credits include strings, brass, and reeds, as well as Central and South American guitars, like leona, jarana, and requinto, and seemingly infinite layers of percussion. Tzadik likens the result to the Secret Chiefs 3 album, and I’d include Eyvind Kang and Zion80’s album in there, as well. These large groups seem eager to tap into the deep postmodern roots in Zorn’s music, pulling together influences from Naked City, Painkiller, and Masada. On “Yefefiah,” the group lightens up Shwartz’s cocktail-inspired arrangement with a smooth ‘50s-inspired Latin groove. And album closer “Amabiel” kicks off with layered guitar work that before morphing into a groove that wouldn’t be out of place on a movie soundtrack of young Israeli spies finding love as they battle surf Nazis off the Argentine coast (someone, make this movie so Klezmerson can soundtrack it). For a Masada Book 2 project, this just feels exactly right. Highly recommended.