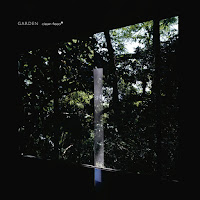 Portuguese guitarist Luís Lopes is often characterized - even marketed by his labels - as a musician that focuses on the terrains of extreme electric guitar, producing noise blasts and muscular free jazz that is close in its spirit to punk and rock, especially since he released his first solo album Noise Solo (Lpz Records, 2013). But his latest releases feature Lopes as a much more resourceful musician who can accommodate his idiosyncratic vocabulary into different free-improvised settings. Lopes released earlier this year his second solo album, Love Song, a set of touching, fragile improvised ballads dedicated to his partner, Magda (Shhpuma, 2016). His duet from last year with French experimental alto sax player Jean-Luc Guionnet, Live at Culturgest (Clean Feed, 2015) stressed the organic manner that he adapted to the free associative discourse of Guionnet while confronting Guionnet with his reserved, still masculine guitar attacks.

The Portuguese free-improvising trio featured on Garden highlights Lopes' versatility and resourcefulness even more. This trio suggests that opposites do not only attract to each other but also may deepen and expand the other’s sonic aesthetics, vocabularies and techniques. This trio is comprised of highly distinct voices. Besides Lopes, there is sax and clarinet player José Bruno Parrinha, who studied jazz but is now committed to a very refined idea of free improvised music. Parrinha collaborated before with Lopes in a short-lived trio with double bass player Hernani Faustino (of RED Trio, on the digitally-released self-titled album, UNLOAD, 2013). Finally, there is the experimental cellist and electronics player Ricardo Jacinto, a sound sculptor whose work, including sound installations, focuses on the relation of sound and space.

The trio's debut album succeeds to distil the contrasting discourses of the three musicians into a collective sonic approach. Surprisingly, this approach sound natural, almost unassuming, but, obviously, it demanded focusing on concrete, idiomatic phrasing and delicate balance between these strong-minded personalities. Such approach also demanded a great sense of discipline and control to the highly nuanced yet minimalist textual development of the improvisations. What is even more surprising is that this disciplined approach liberates the three musicians from former, well-practised strategies.

Parrinha, Lopes and Jacinto articulate their sounds in a very economical manner. Just a few notes, simple and long breaths, distorted bowing, or scarce, noisy electric drones. All these sounds may sound random, sometimes even unintelligible, but soon emerge and morph into detailed, dark textures. In each piece the trio searches for new ways to intensify and enrich the collective sonic unity, while keeping its loose, open-ended course. The second piece, “1402”, manages to bind beautifully the distorted, feedback and effects-laden guitar of Lopes, the processed, tortured cello of Jacinto and the extended breathing techniques of Parrinha into a highly seductive, cinematic narrative. The fifth piece, “1030”, weaves the contrasting electric and acoustic sounds into a much more complex, arresting texture. Here a gentle bowing reconciles naturally with a noisy feedback, soft breath assimilates immediately into electronic processed, otherworldly sound, and all these weird sounds accumulate into an intriguing, multi-layered and dark sonic journey. Only on the sixth piece, “744”, the contrasting voices sound stormy and violent, but even on this intense improvisation all three musicians agree on a collective course.