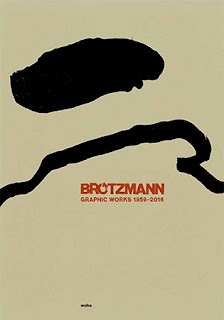 How can you summarize a life work of an artist who is still very much active when at 75 years old shows no sign of slowing down? 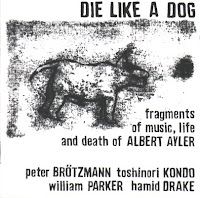 In the last few years, a couple DVD’s and at least one book attempted to capture the uncompromising spirit of German reeds titan Peter Brötzmann. The DVD’s Soldier of the Road - a portrait of Peter Brötzmann, directed by Bernard Joose (Cinésolo, 2011) and Brötzmann, directed by René Jeuckens, Thomas Mau and Grischa Windus (Siegersbusch, 2011) and the book Brötzmann: We Thought We Can Change The World - Conversations with Gerard Rouy (Wolke Verlag, 2014) suggested insightful perspectives on his busy, stormy life.

The new book, Graphic Works, 1959-2016 - presented first in an exhibition, Brötzmann Graphics, that was held at the Amsterdam club Bimhuis on September 2016 - adds another, crucial dimension to these documents. This book focuses on an essential part of Brötzmann life and assembles a remarkable body of work covering now more than five decades. Brötzmann began to work as a graphic designer in an advertising firm and supported himself as a young artist pursuing free music by working in his father-in-law ad agency. Already as a young man in art school in the late fifties he invented the now so familiar, brutal yet playful, block letter typography and later kept refining a direct and raw, almost functional aesthetics that never ceases to impress with its earthy sensibility, consistent with his music. 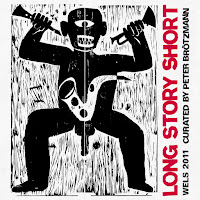 The book collects the posters that Brötzmann did for the now legendary Total Music Meetings and Workshop Freie Musik performances in Berlin, posters for his own groups and obviously many outstanding artwork and covers for albums that already have become iconic, first for the Berlin-based label FMP (Free Music Production), his own label Brö, and for many other musical endeavors of him. Short essays by FMP’s Jost Gebers, Rouy, John Corbett who curated exhibitions of Brötzmann and produced albums of him, noise master and fellow designer Lasse Marhaug and journalist Karl Lippegaus offer illuminating stories and thoughts on Brötzmann history and work. 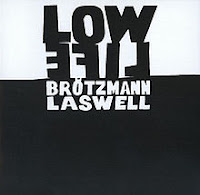 Anyone who is familiar with the history of European school of free jazz-free improvisation-free music will recognize Brötzmann's graphic works instantly. His hand-made images are already an integral part of this kind of music, framing and conveying its immediate, irreverent and liberating spirit. Brötzman'sn covers for his iconoclastic album Machine Gun (1968), his trio with pianist Fred Van Hove and drummer Han Bennink or his groups Last Exit, Die like a Dog, Chicago Tentet, Sonore or Full Blast are by now an essential part of any decent discography. These memorable images speak volumes, sometimes much louder than the music itself. Brötzmann matter-of-factly honesty and dry humor correspond and present this kind of music in the most faithful, deepest and inspiring manner. 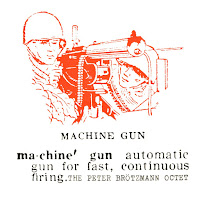 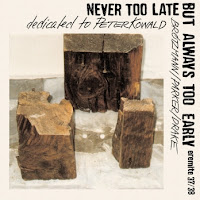 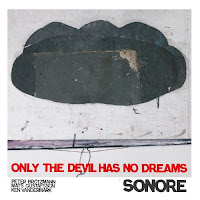 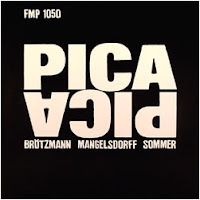 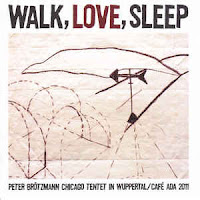 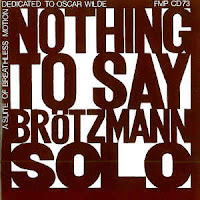