The Latest From Lasse Marhaug

Israeli-Swedish musician Dror Feiler, a frequent collaborator of Norwegian sound artist Lasse Marhaug (they performed recently in the United States though their latest documented work is the vinyl No More Drama, No Fun Productions, 2008), described the transformative power of noise in music: “The abrasive raucousness in the music is an attempt to alter how people hear. Noise is confrontational, affective and transformative. It has shock value, and defamiliarizes the listener who expects from music an easy fluency, a secure familiarity, or any sort of mollification. Noise, that is, politicizes the aural environment.”

Feiler further claimed that noise forces the listener to adopt a more active and concentrated listening, “the most acute attention to simultaneous multiplicity of movement, forces and expression, the renunciation of the customary crutches of listening which always knows what to expect and the intensive perception of the unique, the specific and the general”.

Marhaug is often labeled as a noise artist and his aesthetics embrace Feiler's ideas about the role of noise in music. But this description misses his many qualities as a highly original, versatile, and imaginative sound artist-free-improviser who has developed a unique language, using wide range of electronic devices with turntables, often characterized by a sharp, sardonic sense of humor. Marhaug is also in-demand sound engineer and producer who runs his own studio (“the best studio in Oslo”), label owner (Pica Disk and Prisma Records), editor and publisher (his Marhaug Forlag publishes the magazine Personal Best) and a graphic designer. 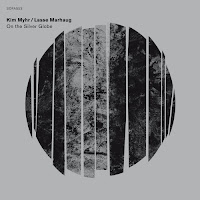 On the Silver Globe originated as a commission from the MetaMorf art biennale in Trondheim for the experimental Norwegian guitarist Kim Myhr and Marhaug. Their first ever collaboration was a 8-channel piece for the biennale 2016 edition. Soon after the performance version of this piece Myhr and Marhaug headed into the studio to record a stereo-version of the piece.

The 30-minutes On the Silver Globe borrows its title from the 1988 sci-fi film by Polish director Andrzej Żuławski (1940-2016), a story set on a distant planet but can also be read as a political allegory about the struggle against totalitarianism. This film was stopped, mid-production by the Polish authorities and was not released until ten years later, with unfinished scenes replaced by unrelated, realist footage. The piece also references Andrew Smith’s Moon Dust book, about the astronauts of the Apollo program who walked on the moon and how their lives changed after this extraordinary experience.

Myhr and Marhaug used many instruments in the studio version of this piece - guitar, vintage analogue and modular synthesizers, oscillators, granular synthesis, digital processing, acoustic objects, and a wide range of studio trickery. The outcome is a fascinating, almost psychedelic trip of atmospheric sounds. These rich sounds come and go in all kinds, colors and shapes, always on the move, keep resonating, shifting and morphing into new sonic entities, alternating between sudden, delicate dynamics and textures. This cosmic flow of sounds reaches patiently its inevitable conclusion, in which all cosmic matter - including sounds - is sucked gently into a black hole. 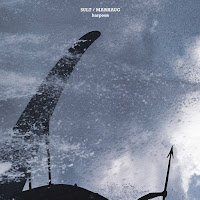 The free-improvising trio Sult features Oslo-based guitarist Håvard Skaset and double bass player Guro Skumsnes Moe with Oakland-based percussionist Jacob Felix Heule. Sult has been working since 2007, focusing on exploring the “hidden sounds” of their acoustic instruments, magnifying these sounds and transforming them into silent cacophonies. The trio collaborated before with such innovative improvisers as cellist Okkyung Lee and guitarists Fred Frith and Bill Orcutt.

Marhaug produced an album for Skaset and Moe's other trio, MoE (It Pictures, Conard Sound, 2011), and designed the covers for this trio album, but this is the first-time collaborative work of Sult with Marhaug, released as a limited edition of 200 vinyls (plus download option). It was done in two phases. The source material was performed by Sult and later constructed and produced by Marhaug. He transformed the raw and dense, often even primitive and chaotic attacks of Sult into a maelstrom of layered sheets of scraping noises, moving in powerful yet nuanced waves. On the first side these rising waves sounds still search for their course but slowly these sounds gather into a resolute stream. On the second side these waves of sounds are already carving their own course in a persistent manner that only gets more intense, still varied in their noisy colors and shades. 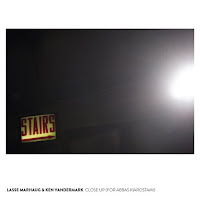 Close Up, dedicated to the great Iranian director Abbas Kiarostami, is their first duo recording, captured live at Oslo’s MIR club on May 2016. It is a 40-minutes free-improvisation that alternates instantly between abstract sonic searches and timbral exploration, extended breathing techniques and aggressive but sometimes even comic noises, weird percussive pulses - when Vandermark picks the clarinet - and ecstatic, explosive - literally - dynamics. Their interplay is telepathic, immediate and uncompromising as if both Marhaug and Vandermark are totally possessed by the sheer suggestive power of this stream of alien-sounding meeting. Both burst with eccentric ideas, always ready to explore new, uncharted sonic avenues, without repeating themselves or settling even for a second. This piece concludes with a surprising slow and elegiac coda, with Vandermark breathing gently into the clarinet while Marhaug surrounds him with sparse, minimalist noises. 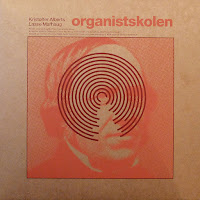 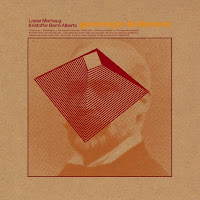 Alberts and Marhaug's first collaboration, Organistskolen, was recorded while Alberts was still completing his master degree at the Norwegian Academy of Music in Oslo in December 2014. It features two pieces. The first one, “Ludvig Mathias”, refers to composer Ludvig Mathias Lindeman (1812-1887), founder of the Organist School in Oslo. The biggest concert hall at the Academy is named after him. It is a series of brutal, immediate collisions and crashes between Alberts' intense blows and shouts and Marhaug's loud and stormy static noises, hisses and blips. The second piece, “Peter”, perhpas a nod to the seminal uncompromising aesthetics of Peter Brötzmann, contrasts Alberts' extended breathing techniques with Marhaug's clever interferences that keep pushing Alberts to explore more edgy, abstract terrains.

Generasjon Lindemenn, recorded on spring 2016 in Marhaug’s studio and is more varied and ambitious. It begins with the nervous “Salmodikon”, an ironic play on the sound of the pslamodicon, a Scandinavian, single-stringed instrument, developed for simplifying music in churches and schools. Marhaug methodically crashes any attempt of Alberts to outline contemplative, church-fitting blows. The following “Generasjon Lindemenn” suggests even a more combative, dense and super-fast interplay and is linked to “Neste Generasjon” that opens the second side, where Marhaug, again, challenges Alberts' patient exploration of extended breathing techniques with persistent attacks of thorny, brutal sounds. The two conclude with the short, ironic piece, “Thomissøns salmebok”, after a popular Danish psalms book from the 16th century, that surprisingly do sound like a hymn, but a totally disturbed and quite noisy one. 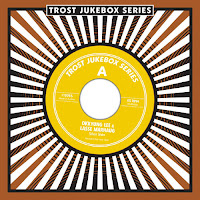 Cellist Okkyung Lee collaborated before with Marhaug in a trio with experimental violinist-vocalist C. Spencer Yeh (Wake Up Awesome, Software, 2013). This 7’’ single was recorded at Marhaug’s studio, with “no overdubs” and “minimal editing”. The two brief pieces, “Silver stain” and “One, one, one”, collide Lee associative bowing with Marhaug rattling, metallic sounds and noises that function as a kind of bizarre, out-of-control rhythm section, but with a commanding, wild cartoonish humor.