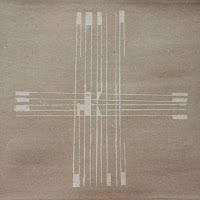 The medium is the message, McLuhan once said. With music it might be a little bit different but the change of the medium effects the way we receive music. This goes way back to the invention of the magnetic tape. Today there is still a discussion going on about the best medium for music: Vinyl, CD, or download (though I would suggest it's the concert!), and there is a discussion about the usage of streaming services and so on. Especially the latterchange the way we listen to music. It is easily accessible and that means a lot. There is so much music that you have to hurry through the things you listen to, to get to the next new thing. There are a lot of things to think about. I use all different ways of listening to music. But it still makes a difference in a peculiar way, if I listen to an LP or an album via any streaming service.

I listened to the new album of the Carate Urio Orchestra Garlic & Jazz via a downloaded file. This file though was divided like a vinyl album with side A and side B. And it makes so much sense.

The two sides of this album are very different.

A few words on the Carate Urio Orchestra before I return to Side A and Side B.

Carate Urio Orchestra was founded by Joachim Badenhorst. Badenhorst is a reeds-player and composer, bandleader from Belgium. A lot of his work was reviewed here on this blog so there is no need for a lot of background.

Carate Urio is his largest ensemble as far as I know and on the record Garlic & Jazz, they all take part: Eirikur Orri Olafsson, Frantz Loriot, Pascal Niggenkemper, Sean Carpio, Brice Soniano and Nico Roig.

Garlic & Jazz is not just the title of the new record it is also a little festival with food (garlic) and Jazz (jazz). This takes place every other year and is curated by Joachim Badenhorst.

This album Garlic & Jazz is published on vinyl. Side A is one piece of 16 minutes of music: "Mosselman/The Salt of Deformation"

Four minutes into the track a trumpet states a nice little melody. It is, though the picture might be a bit overused, a flower in a concrete desert. I have to add that I like concrete deserts.

The Carate Urio Orchestra is building a so called wall of sound. No not actually a wall, it's more a path or a landscape. A wall holds people away from something. A wall is built to scare someone off. Here I feel invited to walk this path or landscape. I hear some kind of reeds, bass, guitar and other sounds that are not so easy to decipher. And it is a real pleasure to stumble upon the trumpet. Later there is a viola inviting the listener to follow her to a human voice. The band lets the intensity grow slowly until in the end there is a huge hill in the landscape. And we are left with the drums in the end.

"Mosselman/The Salt of Deformation" could also be a track on an album published on the label constellation. I think it is not necessary to put names to music but if I had to it wasn't "jazz" but some kind of post-post-rock or something.

This side is even less 'jazzy' than side A. The first track "Portsmouth, 1783" sounds like a song by Jackie O' Motherfucker (try out "In the Willows" from the album Earth Sound System). There is an acoustic guitar and a deep mellow voice. An electric guitar adds some feedback sounds. After five minutes there comes in a flute, a clarinet, a bass and a little percussion.

I was extremly surprised by this song, because it is nice, catchy, a choir comes in in the end and that all misses out on disturbing sounds or outbursts you might wait for.

The second track "On est Un" also wakes associations with post-rock. The Carate Urio Orchestra plays the music they want to and they do not seem to care a lot about names, labels, or borders between different music genres. That is what I like about them.

After their last album Lubljana, it was a little surprising listening to Garlic & Jazz because it took a great step away from jazz in a more classical sense. This record sounds as if it came the other way around: I started listening to music with real interest in the 90s with grunge and alternative rock. From there is a way into noise and improvised music and jazz and freejazz. Garlic & Jazz sounds like an attempt to create music from that angle and leaving the well-known structures (of rock) behind.

It is a nice album though I think next time there could be more surprises or stones in the landscape the listener stumbles upon. On both sides.