Swedish pianist-composer-free improviser Lisa Ullén has proven herself as an artist with a unique vision on every project that she is involved with - her long-standing duo with double bass player Nina de Heney, her collaborations with cellist Okkyung Lee or vocalist Mariam Wallentin, her own quartet or in Anna Högberg Attack. Her recent releases suggests that there is more, much more, that Ullén can offer. 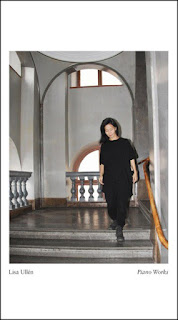 Piano Works is Ullén’s most ambitious work so far - a triple CD of 26 improvisations-compositions for solo piano and prepared piano that capture the breadth and depth of Ullén’s singular vision. These solo pieces, most of them short and concise, were recorded on January and September 2017 in Fylkingen, Stockholm.
Ullén calls these pieces as “anti-mood music”, even conceptualizes these pieces as sonic variants of Samuel Beckett’s “Waiting for Godot”, referring by that to her determined refusal to dramatize anything beyond the organic unfolding of the music. These pieces sound as thoroughly composed and yet all are instantaneously sculpted. Often these pieces sound as intellectual-mathematical games created in the moments, but at the same time are carefully-developed textures that blur any distinction between free jazz or avant-garde improvisations and contemporary and experimental music. And all these pieces shine with their sense of precision and cleanliness, innocent of any sentimental articulation.
These unorthodox, unpredictable notions intensify even more when Ullén convey an astonishingly beautiful theme as on “Up North”, suggest a playful idea as on “Wood”, sketch a quiet, meditative narrative on “Needle” or explore the piano resonant, timbral range on “The gap one” and “Layer”, all on the first disc. The second disc emphasizes this approach even further. “Treble and bass”, keeps alternating between touching lightly a melodic-emotional themes and moving farther away from it while “Writhe” sound as a secular hymn. The brief “Chair Two” may represent best the emotionally detached Beckett-ian approach. This 55-second piece keeps asking if a fractured sequence of sounds can be transformed into a meaningful idea.

The longest pieces on the first two discs offer a deeper insight into Ullén highly personal language, sonic syntax and musical vision. The serene “Specter” from the first disc floats on the delicate, percussive and resonant sounds and overtones of the prepared piano, alternating between a study, meditation or simply an orchestration of a gamelan-sounding piano. “Yesterday” on the second disc follows this vein in a minimalist and enigmatic manner. Ullén draws here light strokes on a big canvas that eventually accumulate to a an impressive, still cryptic texture.

The third disc is a six-parts suite “Hollow Part” that can be experienced as a focused yet imaginative exploration of the timbral qualities of the prepared piano, whether Ullén plays its keyboard in a so-called orthodox manner or when she searches for new techniques that extend and expand its sonic range. On the extended “Hollow part 4” the prepared piano often sounds as a whole together new instrument that attempts to bridge the Western, scholastic approach of developing a musical idea with improvisation strategies for an exotic Far-Eastern stringed instruments. 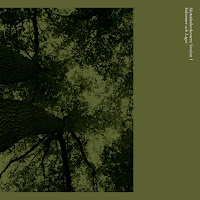 Motståndsorkestern (The Resistance Orchestra in Swedish) represent a total different side of Ullén. Motståndsorkestern, in its first version, is a nonet that features four double bass players - Joe Williamson, Elsa Bergman, Vilhelm Bromander and Emil Skogh, two drummers - Anna Lund and Christopher Cantillo, trumeter Henning Ullén ((her son), trombonist Mats Äleklint and Ullén herself on piano and prepared piano. Bergman and Lund plays with her in Anna Högberg Attack and Äleklint plays in her quartet.

The debut release of Motståndsorkestern, Sekvenser och lager (sequences and layers), is a 21-minutes EP. The two short pieces on the first ‘sequences’ side sketch the chaotic and volatile but highly restrained energy of Motståndsorkestern. This energy bubbles in the deep-toned swamps of the basses and rattling drums, but again and again a melodic theme shines out of these from dark whirlpools, mainly by Henning Ullén, Mats Äleklint and Ullén. The two pieces on the second ‘layers’ side releases Motståndsorkestern’s powerful undercurrents. These pieces erupt in magnificent waves, but, again, their arresting flow of seismic layers stresses a strong melodic sensibility that demands from all the nine musicians to add their own individual contributions.

This time the drummers Lund and Cantillo and Ullén color this flow in urgent, intense colors.

Listen to the album: