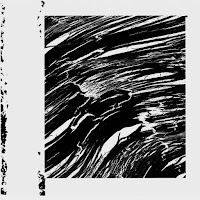 I came across Franco-American network known as The Bridge by chance in 2015. A list of luminaries from the Chicago and French free jazz scenes, only one of whom I had previously caught in concert, lined a bill at the Experimental Sound Studio in Rogers Park. The show was one of the most invigorating sets I experienced during my year in Chicago. (For those of you interested, this band had already a been captured on The Bridge Sessions #1: Sonic Communion.) Apparently, this was just the beginning of a loose transatlantic network that would, by 2018, produce scores of concerts, eight albums on the Bridge Sessions label (one of which has been reviewed on this blog), and at least one excellent disc on the French label Rogue Art.

A Pride of Lions shares no musicians with the discs specifically referenced above (though Joshua Adams has played in one other Bridge configuration). That said, there is more to the Bridge than discrete personnel. It is rather an organization focused facilitating musical conversations and collaborations that might not otherwise have had the time and space to develop. Each project is unique, but also grounded in this same vision. As far as this album can be taken to reflect the greater project, the organization is succeeding magnificently.

Despite the geographic distances normally between them, the musicians on this album connect in a manner that conveys a singularity of vision and adaptability that elude most comparable collaborations. All music on this disc is improvised. Some members – Daunik Lazro and Joe McPhee, Chad Taylor and Abrams, Taylor and McPhee – have histories of cooperation that reach back two decades. Others, namely French bassist Guillaume Séguron, seem to have traveled in musical circles that did not quite intersect with those of the others before this collaboration. That said, there is something special about these musicians coming together in this unique format. The result sounds spontaneous, but also practiced. Moreover, as an album, it sounds complete. The first track is inaugurated by a measured dialogue of basses that starts to congeal as the drums enter around the one-minute mark. This track gets particularly intriguing around minute, as the first sax bleeds into the picture, sounding at first like a bowed bass but gradually distinguishing itself through a series of bent and quivering notes. The tenor, meanwhile, fades in through a series of percussive clucks, evoking the gradual awakening of each member of the pack. By the time the track passes its midpoint, the band is playing in free unison with a controlled intensity that crests with McPhee’s pocket trumpet and gradually subsides into drums and bass, thereafter seamlessly drifting into the next piece. The second track begins similarly, though the marimba has replaced the drum set. Here, Taylor lays down a groove reminiscent of his electro-acoustic work with the Chicago Underground. This piece initially assumes a more spacious and bluesier feel than the last one. That is, until Taylor turns back to the drum set. At this point, it collapses into freer (though still measured) blowing over a dense fabric rhythmic canvass.

Though each track is distinctive, each also follows a similar trajectory wherein the bass and drums provide bookends as well as a bridge between tracks (which seem to be movements rather than self-contained songs). The horns, meanwhile, seem to grow organically out of and seamlessly seep back into the structures laid by the Abrams, Séguron, Taylor. Tracks three and four are compelling in their own rights. The fifth track, however, is the standout. It begins with Abrams on the guembri (I think), who lays the groove that propels the rest of the band as they engage, fade, and reengage. Lazro and McPhee sound especially spirited on this track, as they wind their lines into one tight stream of free jazz melody. The piece then fades into the hum of gently bowed bass, that, reflecting on the title, seems to lull the pack back to sleep. And then, the enthusiastic applause.

When I first heard this, I was unaware that it was recorded live. It really sounds that crisp and rehearsed, even though the softer tones and bass are sometimes slightly muted into the background. The crowd may account for some of the energy and precision. Still, it is worth noting that this is not just another live recording. Although it contains little ground-breaking, this is some of the most coherent, fluid, and compelling free improvisation I have heard in a long time. Followers of these musicians, or The Bridge project more broadly, likely already have high expectations. This album will not disappoint.

The album is available in CD or digital format.