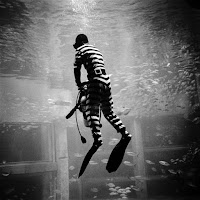 Gorgeous, surreal Tropicalia-inflected avant-garde jazz from the prominent Portuguese guitarist Norberto Lobo’s quartet, consisting of Yaw Tembe on trumpet, Ricardo Jacinto on cello, and Marco Franco on percussion. While not his first foray into a group setting (he’s had a long standing duo with the drummer João Lobo and is a frequent collaborator in the Portugeuse music scene), this marks his first group recording under his own name and his third for the excellent three:four label. His warbling, crystalline guitar flights are accompanied here by Tembe’s muted trumpet and the atypical shimmer of the cello/drums rhythm section provided by Jacinto (who plays pizzicato throughout) and Franco. The music is warm and gentle, perfect for winding down, but still engaging enough to satisfy the most ardently cerebral jazz fan. His haunting melodies are satiating, and you’ll find yourself humming them long after the needle has lifted. 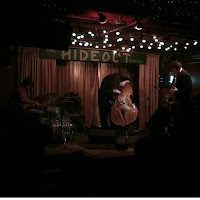 This is the first we’ve heard from Tiger Hatchery, the kings of Chicago’s sub-underground, since their excellent 2015 Live in New Haven release with Paul Flaherty. At only two tracks it comes as a brief but welcome deluge in the midst of a 3-year drought from the trio of Andrew Scott Young, Ben Billington, and Michael Forbes (Bass, Drums, Sax, respectively). Their increase in overall maturity and discipline shows on this brisk and lively set, which I’d characterize as their most controlled and synergetic since 2013’s Sun Worship. However, gone is the veneer of harsh noise (not that it was ever a bad thing), replaced with a renewed concentration on group interplay and dynamics. Let’s hope a full length offering isn’t far behind. 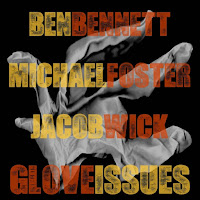 I have a lot of respect for what Foster (sax), Bennett (drums), and wick (trumpet) are doing here, and I’ll admit that this album genuinely challenged me at first. The salival expressions utilized during the introduction were initially, for me, like sitting through a playground loogie-hacking competition. But like all albums that are challenging, repeated listening really opened this up. It’s one of those albums on which the traditional characteristics of the instruments are subverted in favor of a timbrally rich palette of unconventional sounds. The interplay on these live improvisations is fantastically sympathetic, and it’s definitely entertaining to hear them communicating in this collective language that are so fluent in. If you’re looking for something thought-provoking, this might be right up your alley. 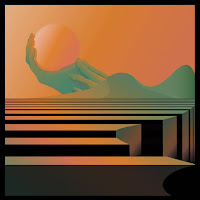 This highly original album by the Australian drummer Laurence Pike finds him integrating a drum pad sampler into his kit, with which he augments his deft free jazz improvisations with samples that harken back to 70’s kosmische music and electronic minimalism. This is a most satisfying combination as traditionally drums either aren’t utilized in these genres, or even worse, when they are its over-the-top stadium-rock-style drumming that completely wrecks the atmosphere intrinsic to such productions. Hearing Pike’s skittering free-jazz-style percussion integrated with the atmospheric electronics is a revelation; it provides a much needed human element to what is customarily an icy machine-driven music. The album art is the perfect metaphor for the album, showing the form of human hands engaging with the bleak sci-fi landscape. 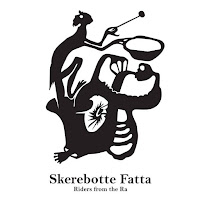 The debut recording from this Polish duo finds them utilizing a more European free-improv approach to the classic sax/drums format. A study in sonic frugality, the duo wrings a great deal from their limited instrumental arsenal, providing both long, probing, sparse structures and short ecstatic bursts of energy. Both players show a great deal of diversity, as they provide a bevy of ideas without ever resorting to mindless shtick. The album overall has a good flow and provides an effective variety of sounds. This is classic free jazz with minimal trimmings; a very meat-and-potatoes release of thoughtful fire music.

Michael Foster is making some of the most innovative music around.I've been listening to him for hours on end lately;great music!

I agree, his playing on the Barker Trio's 'Avert Your I' is amazing as well as his duos with Ben Bennett.