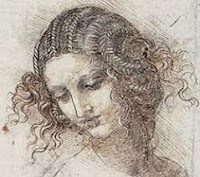 
Sometimes I love reading scorchers (especially on amazon and youtube) of albums and artists I like a lot. Mary Halvorson, for example, often seems to disappoint people who are confronted with her music without having heard her before. On her new release, The Maid With The Flaxen Hair, a duo album with Bill Frisell, she pays tribute to the music of guitarist Johnny Smith. A listener ranted that this was a perfect example of “the bankruptcy of modern jazz guitar, taking one wonderful song after another, burying the melody in all sorts of extraneous effects“. For him the album was just awful and he wondered what kind of tribute to Johnny Smith this was. Well, one that makes perfect sense, of course.

Compared to Wes Montgomery, Joe Pass, Herb Ellis and Grant Green, Johnny Smith is by far less famous. On the other hand, especially among musicians, Smith, who was also familiar with classical music, is widely considered as one of the greatest guitarists of the cool jazz era of the 1950s and early 1960s - and he has influenced both Halvorson and Frisell. Together, they play ten numbers associated with the guitarist, most of them ballads.

Bill Frisell’s connection to Johnny Smith goes even further back. He studied with him in 1970 at the University of Northern Colorado, where Smith had moved after the death of his wife in order to take care of his daughter. Frisell wasn't impressed by Smith’s lessons, coming down on his playing as “old fuddy duddy corny schmaltzy stuff“. He’s often regretted this statement since then, because he soon discovered the grace in Smith's elaborate and lyrical playing. “I didn't get it at the time. I wasn't hearing the beauty. I’m ashamed of myself and embarrassed to tell you this“, he later said about Smith’s style. One of Frisell’s signature tracks, “Shenandoah“ (from Good Dog, Happy Man), is based on Smith’s version of the traditional song and dedicated to him. Frisell did also copy Smith's arrangement of the folk song "Black is the Color of My True Love's Hair“ and it's this arrangement that Halvorson plays note for note here. What is more, she plays it on a guitar designed by Johnny Smith. And what an outstanding version this is. Halvorson’s playing is ultra-precise, she takes the mellowness out of Smith’s version. It’s simple, clean and clear, the melody is crassly put to the fore, so that one has the impression that each note stabs you. This is foiled by Frisell's wobbly, yet elegant accompaniment.

Although the love of the two guitarists of Smith’s music constantly shines through, they make his versions their own as they meander through these well known compositions. As to Halvorson she does this with her hallmark sound created by a volume pedal and a Line 6 delay modeler plus expression pedal, as to Frisell it’s his reverberant, spacious, open style. Another highlight is “In the Wee Small Hours of the Morning“, a classic the duo plays with the utmost respect, almost dissecting it. “Walk Don't Run“, a Smith original and the only uptempo track here, closes the album. It’s a joyful, sparkling number, that sounds as if the notes were made of glass. “I'm nowhere close to getting it right, but I'm going to keep on trying and trying“, Frisell says on playing this tune. That’s a bit too coquettish, of course.

The Maid With The Flaxen Hair is a virtuoso album that not only every guitarist should listen to. Moreover, it’s a very good introduction to Johnny Smith, no matter what the negative comments say.

It’s available as a CD. You can buy it from www.downtownmusicgallery.com or from the label: www.tzadik.com

Listen to “Scarlet Ribbons From Her Hair“ here: