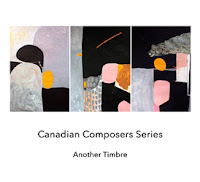 
“Canada is so vast, with so much distance between cities, and it is so far from most other countries; we are largely unexamined by the world, for the most part, left alone to explore and experiment. Maybe it means we have a harder time having our work appear on the stages of Europe or the US, but I have a sense that I can work unfettered, without having to fit into any particular aesthetic frame.” – Linda Catlin Smith

With the Canadian Composers Series, Another Timbre has taken on a mammoth project: introducing the world (read: people such as myself) to a sophisticated and vibrant creative music scene that is consistently overshadowed by larger, more established (or maybe just more famous) ones in the United States, Britain, and continental Europe.

When one thinks of avant-garde music, one tends not to think of Canada first. This series challenges such biases. In fact, rather than taking Canada’s liminality as a weakness, these discs highlight how the resultant lack of a hegemonic national style - whether endogenous or exogenously imposed - is an important defining feature of contemporary Canadian composition. As Nick Storring’s illuminative liner notes point out, the power of Canada’s contemporary music scene resides in its positionality between Europe and the United States, alternately an affinity with and “sense of detachment from the competitive hubbub” of these poles. It is “stereotypically Canadian: peripheral and observational, with a tendency to quietly gather these various competing ideas and try to synthesize them.” It has “fortified the nation’s inward focus” and produced a unique “plurality of unconventional directions” both a part of and apart from the wider western musical world.

Indeed, this second installment of the Canadian Composers Series lends veracity to this assessment. Although there are personal ties and even stylistic similarities among some of these composers (Rudolf Komorous and Christopher Butterfield, neither of whom is featured on these releases, are noted mentors to the majority of the artists featured here), there is no “school” represented. But, there are trends. There is a tendency toward quiet and minimalism that reflects a vastness reminiscent of the mid-century New York School vanguard. There are echoes of Steve Reich-styled phasing and an insistent focus on the melodic and tonal fragments that ultimately and sometimes surreptitiously make up the whole. The music is unquestionably contemporary and avant-garde, but somehow less gratingly or intentionally so than some other contemporary music that seems to push boundaries for the sake of pushing boundaries rather than in pursuit of a desired aesthetic effect. 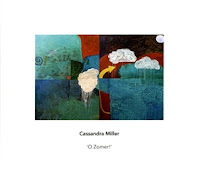 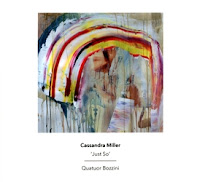 Cassandra Miller offers two single-disc contributions (performed by Quatuor Bozzini , Apartment House, Mira Benjamin, and the BBC Scottish Symphony Orchestra) to this collection which, in their diversity and overall effect, may serve as a case-in-point. The title piece to her first, “O Zomer!,” begins with a soft, simple, repeating series that fades in and out. As instruments slowly join over the next four minutes, a rhythm emerges. Then, at around 4 and a half minutes, cacophony breaks out and continues until a retreat to the pulsing of the first few minutes at the piece’s conclusion. The second track involves gradually developing melancholic piano and whistling. The third, an engrossing solo violin deconstruction and contorted reinterpretation of Kurt Cobain’s vocals on “Where Did You Sleep Last Night?” The fourth, a forceful, but, again, phasing statement of cello and orchestral wandering and fanfare. Miller’s other contribution, Just So is performed by the chamber quartet Quatuor Bozzini and consists of similar types of explorations of incremental building and phased repetition. “Warblework,” one of the most impactful tracks on this disc, is a meandering exploration of ebbs and flows, upper and lower tonal registers, and (surprise, surprise) instrumental warbling. “About Bach,” another standout piece that is a rearrangement/reinterpretation of the chorale from JS Bach’s Chaconne, consists of a theremin-like whistling and repeating viola that builds a theme around which the rest of the quartet harmonizes and prances. 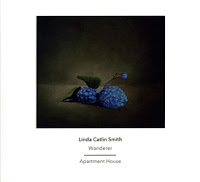 Linda Catlin Smith’s recording, Wanderer, is similarly minimalist and entrancing. Compositions are performed by different configurations of the ensemble Apartment House. On tracks such as “Morning Glory,” one hears echoes of Philip Glass and Stravinsky. On others, such as the second, John Cage seems the clear inspiration. Common to these tracks are a tenderness and softness, sometimes broken by stunted piano chords or fanfare. Melodies often fall in and out of unison. Many display a meandering, Feldman-esque circuity. Pieces such as “Sarabande” make consist of an ethereal harpsicord around which the ensemble wends a billowing, eerie path. (This track in particular brings to mind Magnus Granberg’s work.) “Velvet” is a dramatic conversation of two pianos conducted through sweeping, spacious fragments of scalar melody. The final track, “Light and Water,” consists simply of percussion and cello, and, as the other pieces, derives its power and beauty from its simplicity and aesthetic wistfulness. 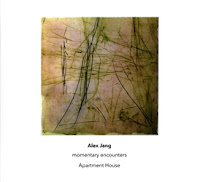 The youngest of the composers featured in this collection, Alex Jang contributes a selection of intriguingly bare pieces performed by Apartment House. The first, “Momentary Encounters,” consists of field recordings (presumably of a park) and a humming solo clarinet. As field recordings do at their aleatory best, the blare of a horn on a barge passing outside my window briefly merged into the recorded soundscape almost unnoticed before it blended into the song’s underlying ambiance and disappeared altogether. I like this piece, though, at 15 minutes, the recordings of muffled voices and other background sounds lose some of their effect. The next two pieces accompany each other well. The first, “any three players,” consists of melodica, vibraphone, and cello playing elongated tones. Between the notes and their resonance, this song evoked the slow mapping of the tortuous staircases of MC Escher or the blueprints of detritus in William Monghan canvas: it flows in untraceable patterns in all directions. The following piece, seems a stripped-down version of the previous, consisting of sparse short metallic bursts from a guitar and evoking Wandelweiser-style minimalissimus. The final track has the largest configuration of instruments (five!) and is the most active and melodic. It is reminiscent of the work of Smith and is no less effective. 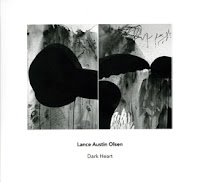 Lance Austin Olsen is the only composer in this collection whom I had previously listened to. A visual artist first, over the last decade or so Olsen has come around to electro-acoustic composition and performance and has released numerous albums on Another Timbre, Caduc, Infrequency Editions, and Suppedaneum. A survey of recent composition, this stands beside his other work with aplomb. Olsen focuses on soundscapes. The first track, “Theseus’ Breath,” is an abstracted reinterpretation of the mythic founder of Athens and slayer of the Minotaur. Performed by Apartment House, it consists of rumbles, high buzzes, screeches, plucked strings, and, at times, violent grinding amidst an otherwise steadily burgeoning, ominous ambiance. Its subtleties are quiet and disorienting. The next track, “Dark Heart,” is a collaboration with Terje Paulsen that layers sounds of static, guitar, voices, and crackling circuitry accumulated over several decades. As with the previous track, this piece hints at a narrative that is alternately foreboding and inscrutable. The next piece is a second realization of “Theseus’ Breath” with less conventional instrumentation (Ryoko Akama on turntable and melodica, Patrick Farmer on paper and cards, Isaiah Ceccarelli on reed organ and percussion and Katelyn Clark on organetto). The driving drone is more pronounced than the various rumblings on the first realization. The pace is also quicker, adding a degree of levity that somehow retains the mystery of the piece, if not necessarily in its more portentous expression. The final track, a realization of a score by Gil Sansón, resembles “Dark Heart” in its abstract ambient textures. It is filled with ocean sounds, chimes, wind, and other augmented, distant clangor interwoven with strikingly elongated undulating guitar tones. The effect is an odd combination of disorientation and calm. In its abstraction and instrumentation, this disc stands out in the series. At the same time, in its relentless experimentation and its manipulation of sound dynamics, space, and scale, it is absolutely fitting.

NB: There is also a first installment to this collection from 2017 that is not reviewed here. It is, however, covered in a 113-page companion booklet. Although much of its contents are available on the Another Timbre website, it is well worth the expense to obtain the physical copy of the music and the booklet. The artwork, much of which by Lance Austin Olsen, is beautiful. The writing, engaging and informative. Cheers to Another Timbre as well as all the artists involved for pulling together such an aesthetically beautiful introduction to a hitherto underappreciated group of Canadian composers.
Paul on Monday, February 25, 2019
Share