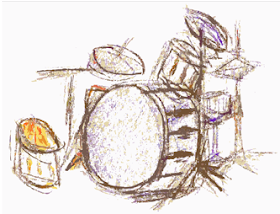 2018 really was a year for solo percussions albums. Stef presented an extensive twelve-album-overview on Christmas, Eric reviewed Chad Taylor’s extraordinary Myths and Morals and Lucas Niggli’s Alchemia Garden . However, there was another important release in 2018 and there’s already another one in 2019, both representing two very different approaches. 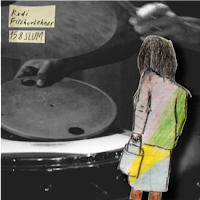 Rudi Fischerlehner’s first solo album is a solo drum album in the true sense of the word. It’s just the man and his kit. In general, Fischerlehner’s music covers avant-garde, improv and advanced post-rock, he’s able to improvise freely and to use preconceived ideas. Projects like his duo Xenofox , Willing Suspension of Disbelief (his collaboration with Frank Paul Schubert), and Gorilla Mask prove that he’s one of the most interesting drummers in the German-speaking area at the moment (he’s from Austria). Asked about his musical development to date, Fischerlehner says that at its core there’s hardly “a concrete style, but rather a certain sound aesthetic. Above all, it’s a certain way of finding one's own role in various projects and contexts. Ears open, hear the whole thing, listening to each other“. Fischerlehner considers playing solo as a big challenge, for him the music is differently coloured compared to playing with others, it’s more extreme. What is more, he’s always been a big fan of solo percussion, his interests range from Iannis Xenakis to Milford Graves to Terry Bozzio. On 15 8 Slum he excluded the use of mallets, because he thought that the focus on what timbre and rhythm can express might be interesting.

The album title refers to a note about a rhythm in 15/8 lying side by side with German dramatist René Pollesch´s book “www-slums“ next to Fischerlehner’s drum kit. On 15 8 Slums the drummer’s music is full of harsh contrasts: complex polyrhythmic, dark constructions on the one hand (like in “Stasia“), sound colours completely freed from time on the other hand, e.g. in “Semta“. The eponymous word of this track comes from a science fiction novel by German writer Dietmar Dath and means something like “pure possibility“ in the language of a completely different people (compared to people on earth). Fischerlehner compares this idea to Rashied Ali’s "multidirectional playing“, it’s like offering something that can be heard in different ways, a statement that opens up possibilities. And the track offers different directions indeed, as if there were two drummers at work. Cymbals and bass drum seem to drift apart, a very abstract “groove“ on the hi-hat tries to hold the piece together.

However, my favourite track is “Ghost“, a piece which suddenly mutates from a hypnotic jungle beat which is mercilessly propelled by dark rhythms on the toms and the bass drum to a hailstorm with whip-like blows on snare and cymbals.

15 8 Slum is a journey into sound. Highly enjoyable. Not only for drummers.

The album is available as a CD.

You can buy and listen to it here: http://www.rudifischerlehner.net/158slum.html 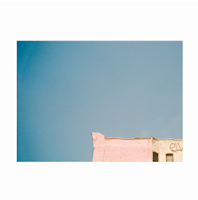 Eli Keszler is one of the percussionists who have released solo albums from the very beginning of their career. Untitled and Tilt (both on R.E.L. records; 2006 and 2009) follow very different approaches. While Tilt concentrates on pure, acoustic percussion, Untitled also includes electric piano and guitars played by him. On his last two albums, Last Signs of Speed and Stadium, Keszler follows the philosophy of adding different instruments like Farfisa organ, mellotron and piano (among other stuff) to his drum set in order to find out what an album which is filed under solo drumming can be and how it should sound. For Last Signs of Speed he put together a whole collection of sounds - hits, taps, scratches, rattles, creaks, clinks, thuds - created by his drum kit and the result sounded like a weird mixture of electronic music, drum’n’bass and ambient. Purists however, would rightfully claim that this has neither to do with jazz nor with a real solo drummer album. Stadium continues the tradition of its predecessor, it’s an album that rather reminds me of the instrumental parts of Flying Lotus’s Until the Quiet Comes, especially the opening track “Measurement Doesn’t Change the System At All”, in which a cool breakbeat meets spherical soundscapes. Tracks like this contrast bumpier ones like “Lotus Awnings“ and “Flying for U.S. Airways“, which are more abstract and display complex shifts in structure and instrumentation. Especially the subtle hidden sounds in the background, the glockenspiel in the latter and the mellotron in the first, add a certain liveliness and tension to the pieces. The album’s biggest quality is its relaxed, yet dark nature and how all the tiny sound make up a greater whole. Especially the last track, “Bell Underpinnings”, in which vibraphones dance over a dark electronic bass beat, is spooky and beautiful at the same time.
Stadium is available on vinyl, CD and as a download.

You can order and listen to the album here: https://shelterpress.bandcamp.com/album/stadium
Paul on Sunday, February 24, 2019
Share