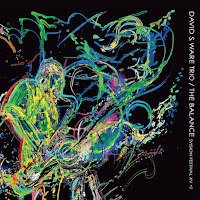 Since David S. Ware passed away in 2012, the jazz world has had to deal with a major loss. For about ten years Ware had to live with peritoneal dialysis, because in 1999 he had been diagnosed with kidney failure and in 2009 the prospect of living on dialysis had finally reached its limits. Thanks to a donor Ware received a kidney transplantation and returned to the stage only five months after he underwent surgery. What also helped him was the fact that he dedicated his life to meditation (he came into contact with it in the early 1970s), which helped him recovering. What is more, meditating and looking for transcendence have not only been key features in his life but also in his music, it’s where his inspiration to explore music came from. David S. Ware was always looking for the divine.

That’s why The Balance, the album title, is just perfect. Ware was constantly looking for a balance in this life, which was the basis to create the jubilant music he played. Another form of balance was the Onecept trio Ware formed in 2009, the name being concept, a reference to his idea of life and music. “Rhythm-Harmony-Melody, Carbon-Hydrogen-Oxygen, A-U-M“, as AUM Fidelity label owner Steven Joerg puts it. Who better to invite for such a trio than his long-time collaborator William Parker on bass and drummer icon Warren Smith (he played for Gil Evans, Julius Hemphill and Muhal Richard Abrams, among many others).

The trio gathered for studio sessions in December 2009 and the result of these sessions, Onecept, was finally released by AUM in 2011. The Balance now captures the trio’s Vision Fest 2010 performance, Ware’s first time back on stage with a band since his kidney transplant the previous May. As an extra, the album also presents the four remaining Onecept studio out-takes: “Kama“, “Virtue“, “Bodhissatva“, and “Gnavah“.

But certainly the center of this album is the live performance, which is split into three pieces: “Vision Suite 2010 part 1 - 3“. Like Onecept it’s one of Ware’s rare entirely improvised outings and what you get is a best-of of his playing. Ware tends to shape his lines from series of short, forceful outbursts, his tone is ripe and full, warm and clear. This results in passages of great tenderness, transcendence and introspection. One could easily understand that the audience freaks out at the end of the concert when all the qualities of this excellent band have been displayed.

Ware leads the way, he controls the improvisation with extremely long lasting sounds, which he creates with circular breathing and which are like a signal to Parker and Smith. At the end of these sounds bass and drums fall into the music like a torrent (e.g. after two minutes when Smith and Parker only enter the improvisation or after four minutes when the introduction is over). These tones are like leitmotifs, providing orientation before something new emerges. Another feature are Ware's blatantly overblown passages, he stretches the tone sequences to the extreme as if he was blowing a balloon to just before bursting, which Smith also supports with whipping blows on the snare. Another striking feature is the fact that Ware, Parker and Smith take turns: usually two players follows rather bumpy musical path, while the third one takes over a more continuous, almost swinging part (in Ware’s case it can also be a bluesy melody). Both Smith’s and Parker’s support for Ware is very percussive and propulsive, in an almost orchestral sense.

If there has been a successor to John Coltrane’s throne, it has always been David S. Ware for me. That’s why I miss his music so much. But, as Ware puts it at the end of the gig, “we all have to pass on, but we all come back, too; everybody’s gotta go, but everybody’s gotta be born, too.“ I’m already looking forward to the next release of the archives, which Steven Joerg has promised to release in November 2019, on David Ware’s 70th birthday. Until then, listen to The Balance, take it in, breathe, feel free to absorb it, immerse in it. It’s just wonderful.

You can also buy it from: http://www.downtownmusicgallery.com
Paul on Sunday, February 10, 2019
Share

Hi Martin - many cheers & thank you for your wonderfully felt review! I just wanted to correct a date error & add a note..

The Onecept album was released in September 2010. That event was celebrated by the Trio at Blue Note, NYC in early October; the recordings of which were presented on the previous edition of the DSW Archive Series, reviewed up here by Paul Acquaro: http://www.freejazzblog.org/2017/07/david-s-ware-trio-live-in-new-york-2010.html

The Balance, Onecept & Live In New York together present the total & complete work that this remarkable Trio created together!
And in November 2010, David entered the studio with Cooper-Moore, William Parker & Muhammad Ali to record Planetary Unknown, that quartet was to be his final working band..