The Swedish label of reeds player Jonas Kullhammar documents the most exciting musicians in the Swedish scene for almost twenty years. The latest three releases of this label are no exception. 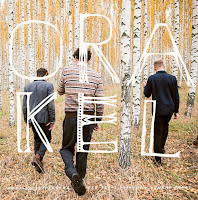 Orakel is one of the albums that you fall in love with already in the first listening and fully understand why. It brings together three Swedish musicians - Per Texas Johansson on the tenor sax and clarinet, double bass player Torbjörn Zetterberg - both have been playing together since the mid-nineties and until Johansson retired to pursue a career as anesthetic nurse more than a decade ago, plus young drummer Konrad Agnas, with whom Johansson played in recent albums of pianist Johan Graden (Bakgrundsmusik, Bakgrundsmusik Records, 2016, and Olägenheter, Moserobie, 2018).

The trio of Johansson, Zetterberg and Agnas swings so naturally, but it has its own kind of swing, free, sharp and seductive and full of clever games. Just listen to the gentle and nuanced conversation of the trio on the opening piece, “Blodspredikan” (In Swedish: blood prophecy), to understand the profound, intimate and immediate connection of these musicians - thicker than blood - that keeps nourishing the powerful and emotional interplay.

You may trace references to John Coltrane melodic phrases in the warm voice of Johansson, the the rich, singing bass of Charlie Haden in Zetterberg playing or enjoy the open senses of time and space in Agnas drumming, but Johansson, Zetterberg and Agnas have their own strong and personal voice as a trio. There is a strong feeling of easiness and balance in the loose flow of this trio, like surfing beautifully between high and spectacular waves but keeping a delicate equilibrium, even when all three stretch their muscles and ride a bit faster on “Var Är Storken” or singing an infectious melody on “Oraklet på Ringvägen”. “Torbjörn Monk” is the piece with the most intriguing title and uses some Monk-ish angular phrases but its peaceful spirit may also reminisces the time that Zetterberg spent in a Buddhist Temple about ten years ago. And only that last, folky “Vintertid” introduces some Nordic melancholia. 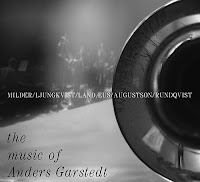 These five musicians do justice to the music of Garstedt whose work was not properly documented during his lifetime. The front line of Milder and Ljungkvist, who have since recording this album recorded another album together (Trädet, El Dingo Records, 2018), is one of the most articulate one that you can find in the Nordic regions or anywhere else on this planet. Milder - on tenor sax- and Ljungkvist - on tenor and soprano saxes and clarinet - work as one, expanding the playful-melodic lines of Garstedt’s compositions with great imagination, touching empathy and engaging games, especially on the beautiful ballad “F Minor”. Landæus, Augustsson and Rundqvist form a driving rhythm section, and often it is Rundqvist who navigates this quintet dynamics with modest, wise gestures. The liner notes of Kullhammar and sax player Karl-Martin Almqvist - in Swedish - shed more light about the the life - too short ones - of Garstedt. “Gone for good” is one of Garstedt’s compositions covered here, but this album insists: not so fast. 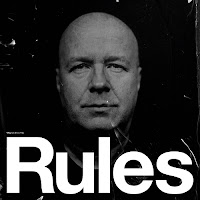 Trumpeter Magnus Broo has not been very productive in releasing recordings under his own name, so far, so it's good to see a new addition with Rules. In addition to his work with the Atomic quintet, he plays in Martin Küchen’s Angles group, the I.P.A. quintet, and recently collaborated with Norwegian sax player Hanna Paulsberg Concept. Drawing on these collaborations, Broo employs I.P.A. rhythm section - Atomic’s double bass player Håker Flaten and fellow-Norwegian drummer Håkon Mjåset Johansen, who also played in Broo’s last solo album, Swedish Wood (Moserbie, 2010) - for this new trio.

Rules offers Broo’s soulful interpretations for seven standards about love. Broo does not attempt to bend any rules or suggest a radical perspective of the Great American Songbook, just to add his personal touch and sound, well-versed with the rich legacy of jazz trumpeters. You can hear his distinct sound in his ironic, urgent version of Gershwin's “Summertime”, the restless, searching tone on “You’ve Changed” and the way his sings “Don’t Explain”, the song that was written by Billie Holiday and Andy Herzog Jr. Broo encapsulates the emotional drama and sober realization of a wounded relationship in few modest, touching statements that linger in your mind long after the song ended.