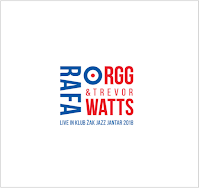 By Fotis Nikolakopoulos
It’s hard to listen to Trevor Watts’ recent (and by that I mean the last 20 years or so) discography without referring to his past. He played a very important role in Spontaneous Music Ensemble’s most radical years, when the collective’s response to the questions of non-idiomatic improvisation was an urgent message to all musicians and listeners interested. Even though SME was centered around the great late John Stevens, Watts contribution was of great importance:  in seminal masterpieces like Karyobin or So, What Do You Think? (an album that has not been reissued yet, not even as a cd) he was, in my ears, the one who attempted to balance between melody and total spontaneity , all out audio attack and a more subtle spiritual approach. My lack of technical knowledge makes me always very hesitant to judge, but in later masterpieces like 1975’s Face To Face he totally accepts Stevens’ challenges and answers back with all he has, proving he was already one of the greats. His more than 50 years career continued to delve into experimentalism with as many sources as he could find, like the complexity of African rhythms, while the past decade (or even more) sees him back again into improvisational waters.
Fundacja Sluchaj, one of the most active labels of today, is doing a great job putting very good polish musicians alongside alongside artists from outside of Poland. The RGG trio consists of Lukasz Ojdana on piano, Maciej Garbowski on bass and Kzrystof  Gradziuk on drums. This is their first ever meeting recorded live on March 2018 in Poland.
Obviously the piano-drums-bass-sax quartet in jazz carries a lot of weight on its shoulders. It would be unfair to any musician of today to make comparisons or juxtapose the present to the past. As a listener the only thing I ask if from the musicians -collectively but also individually- is to present me their truth and vision.
This cd seems like a continuous recording cut into five tracks all named after the title and numbered. Watts’ tenor and soprano saxophones tend to dominate the sound of the recording, while at the same time, they present Watts’ vision for the music over the others. Do not get me wrong, Watts (turning 80 years old in a few days) is a legend of modern music, but at some points it seems that he is the leader. His melody lines are dominating, not leaving, in various moments throughout all tracks room for RGG to explore.
Having not been familiarized with RGG’s recording, it was a joy to listen to them at RAFA. The make a stark moves improvising and present as an antithesis to Watt’s sax work. From time to time, while listening RAFA, I thought (and quite honestly this might be the case) that this bold, let’s call it confrontation, is the core of this live recording. It would be much suitable with Watts’ past as a musician of daring choices and contradictory moves.
On this recording there’s also the advantage of the trio playing together when the saxophonist moves to the background. There are these moments that were the most fruitful, leaving us percussion work as a backbone while the double bass along with the piano -and now that is a surprise- go towards a totally different direction. Improvisation is the key word for this trio. While the tracks proceed, towards the end of this one hour and nine minutes recording Watts gets also on an improvisational mood, exchanging dialogues either with the piano or the drums. It is then when RAFA works best not anymore trying to find a balance but taking off in different duos and all the four of them together.

Watts was also a key part of the London Jazz Composers Orchestra, providing a distinctive voice that raised performances to a higher level.

It's good to read something highlighting Watts's importance. I often feel he's the forgotten man in the pantheon of British Free Improvisation and Jazz in the 60s.