The Elsewhere label offers for its first year anniversary new ways of listening, experiencing or perceiving new and innovative languages and discourses of composers and musicians who compose or play the piano. 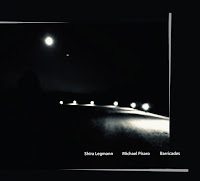 Pisaro compared the process of composing and working with Legmann on Barricades to “watching the barricades, which I pictured as a network of twisted vines, unravel.” Barricades consists of thirteen “studies” for Legmann’s piano with some sine waves played by Pisaro himself, who adds two interludes where he plays the sine waves. The album was recorded by Pisaro at CalArts, California on March and April 2019, later mixed and mastered by Pisaro.


Pisaro’s subtle, ethereal sine waves sound as organic extension of Legmann’s clean and supple piano presence. Legmann navigates wisely the enigmatic atmosphere of Barricades as if she is determined to blur the transparent sonic barricades between the dramatic and the cool and restrained, between the emotional and the cerebral or between the distant and what may be considered close. Her “studies” with Pisaro’s eerie “interludes” suggest a fragile balance between these somehow abstract concepts. Together, these pieces reflect the very nature of Barricades, a poetic attempt to create a captivating network of sonic vines that grow in their own accord and intensify by their inner logic; a network of pieces that not only echoes the French Baroque but also flows in a unique, fragile equilibrium. A dreamy and hypnotic, Feldman-esque equilibrium between the concrete and the imagined, the acoustic and its electronic extension, the earthly and the celestial. 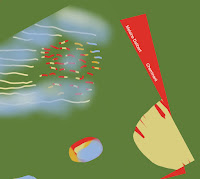 Cheminant presents the diverse aesthetics of French pianist-composer Melaine Dalibert. This is the third solo piano for elsewhere, following his first one for the elsewhere label that focused on one, extended composition, Musique pour le lever du jour (2018), and his debut one, Ressac (Another Timbre, 2017). The five pieces on Cheminant, all composed by Dalibert between 2017 and 2019 and recorded in Saint Maugan, France in February 2019, can be considered as studies in different schools of minimalism. These pieces reflect Dalibert’s interest in questioning how the harmonic shifts could affect the listening experience with subtly evolving chords through a scale or different tones, creating a similar state to vertigo.

The first four pieces of Cheminant are dedicated to colleagues and friends. The opening one, “Music in an octave”, is dedicated to David Sylvian who designed the artwork and advised about the mixing, and corresponds with Sylvian’s latest, poetic abstract-ambient works with its prolonged, resonating and meditative sounds. “Percolations (for right hand)”, for elsewhere founder, artistic director and producer Yuko Zama, is a rhythmic piece that sound as if it dances around itself until losing any sense of direction, “From zero to infinity”, dedicated for American post-minimalist composer Peter Garland, returns to a slow, minimalist mode that calls for another meditation about the accumulated effect of such listening experience. The longest, 21-minutes title-piece is dedicated to Dutch fellow pianist and composer Reinier van Houdt and expands even further and wider the enigmatic meditative ambience, as the highly disciplined delivery of single notes, their resonating sounds and their overtones float slowly through the deep space of the recording studio, gently disappear within each other. Dalibert performs this study in deep meditation with great control and exquisite beauty. The last piece “Étude II” is an exception with its up-tempo, almost playful insistence on repetitive hammered chords. 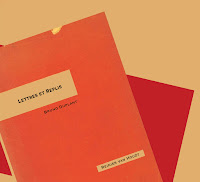 Lettres et Replis captures a unique correspondence - literally - between French composer Bruno Duplant and Dutch pianist-composer Reinier van Houdt. This correspondence combines three Lettres (2017) - letter-form scores personally addressed from Duplant to van Houdt and containing letter sequences distributed across the page, with three more Trois replis d'incertitude (2018) - three letter-form scores but with the notion of 'repli' (meaning 'fold' in a Deleuzian postmodern Baroque sense, as well as 'withdrawal' of incertitude and reactionaries toward the neglect of ecology, humanism, and culture).

Duplant's realization of these ‘reading’ and ‘replying to' scores scores also reflect French symbolist poet Stéphane Mallarmé's notion of textual space and chance, leaving a large room for the interpreter-performer. “The Lettres are connected to a melody spelled out and read in all directions propulsed by memory and gaze”, says van Houdt. “The Replis are connected to the harmonies from a place as they permeate and unravel through the metaphorical holes made by writing, linearly arranged again with recordings of a walk along the river that traverses this place”. The Replis also contain field recordings by van Houdt made on John Cage's 100th birthday on September 5, 2012 along the Maas Harbour in Rotterdam.

This mysterious, contemplative and delicately nuanced piano solo kind of correspondence is performed majestically by van Houdt. He lets the translucent overtones and rich resonances offer a sweet melancholy and nostalgic colors and shades, and only “Lettre 2” adds a fragile dramatic undercurrent to to the quiet exchange of cryptic thoughts and ideas. The words are morphed into a highly personal, suggestive language where “destruction and meaninglessness precede all possible worlds”.

You can trust van Houdt. He sure does know how to draw you into his fascinating musical world.