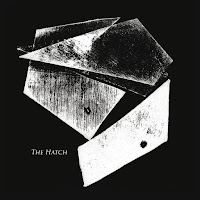 If one were to consider just the last few releases by these musicians covered on FJB, one would think they are coming from opposing corners of the free jazz world. Rasmussen, as covered here, comes from the 70s-inspired skronk which fit seamlessly into the heavy, punk rock of MoE . Desprez, for his part, came onto my radar in his deliciously noisy collaboration with Luís Lopes . On closer inspection, however, this collaboration is not the collision of opposing sub-subgenres that I had assumed. Rasmussen has collaborated with everyone from Chris Corsano ( here , here , and here ) to Alan Silva to, maybe most appropriate for this release, the guitarist Tashi Dorji . Desprez has performed with a similarly wide range of collaborators including fellow French musicians Benjamin Duboc and Eve Risser to Chicagoans Mars Williams and Rob Mazurek to Californian Larry Ochs. (Hat tip to The Bridge project for facilitating many of these transatlantic collaborations.) Both Desprez and Rasmussen, moreover, have worked in Mats Gustafsson’s Fire! Orchestra , which masterfully marries the Scandinavian post-Ayler tradition with more contemporary avant-rock and post-punk aesthetics.

Although one might be able to anticipate the elements on The Hatch – the clicks and clatters, the boxy abstractions and the deep, heavy undercurrents, the moments of exuberant outbursts – their mixture and interactions make this album more than a aggregation of elements. Indeed, this is not just a meeting of young luminaries doing their own things in the same room but a true collaboration wherein Rasmussen and Desprez push each other to explore different sides of their instruments and abilities. Tracks range from the schizophrenic and clattery (Roadkill Junkies, Twin Eye, Black Sand) to the angularly delicate and droning (Clay on Your Skin) to the spacious, sibilant, and subtle (Offenders, Orange Plateau) to the gloomily spiritual (Matters of the Soul). In other words, this album runs the contemporary improv, extended technique, electroacoustic gamut with great curiosity and confidence and to great effect.

I am not really sure how to categorize the hatches they have spelunked here, or the musical offspring they have incubated. That said, the corridors they have discovered are rich and variegated; their creation, a deeply textured sonic wonder. Hopefully, The Hatch is not the last of the brood.