A Year of Insubordination

Insub—previously known as Insubordinations Netlabel—is a label run by long-time creative partners Cyril Bondi and d’incise (who sometimes work as the duo Diatribes). Over the years, the label has released music from their many multifaceted projects, as well as from other like-minded musicians. The four albums released in 2019 spanned the spectrum of experimental music, from one-man studio experiments to lengthy, orchestra-sized engagements. 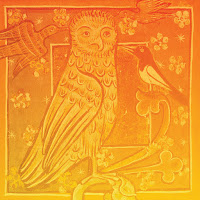 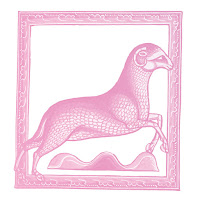 These two long commissions highlight the considerable aesthetic space that’s still available within the narrow ambit of minimalist, indeterminate music. Michael Pisaro is a longtime Wandelweiser member, and while the collective’s label has released work by Bondi and d’incise in recent years, I’m not sure they’ve directly engaged with Pisaro’s music before now. Magnus Granberg has an established working relationship with the pair, and all three have performed each others’ work across several releases on labels like Insub, Another Timbre, and Edition Wandelweiser.

The Pisaro piece shuffles awake with almost incidental sounds, the 28-strong Insub Meta Orchestra trying their best to sound a fraction of their size. As the piece approaches its second half, some more-or-less conventional orchestral swells appear, which gradually splinter into shimmering spectral shards as the music becomes more dense and ominous. It’s tempting to try to chase down the significance of the names in the title or the relationship between this piece and “The Poem of Names” (the third movement of 2018’s Shades of Eternal Night), but I suspect these are fool’s errands. Knowledge of the process doesn’t necessarily elucidate Pisaro’s work; how much of this is a result of specific instruction or improvisation spurred by broad compositional suggestions changes little for the listener. I get the sense that the genesis of much of Pisaro’s music lies in the tension between arranging some deeply private elements with others meant to invite interpretation. Still, it’s not hard to hear in those opening moments the same weather captured in the field recordings from Syros that were used in last year’s piece: gusts of wind, or the surf rolling onto the shoreline. As with past engagements with Pisaro’s work, I’m always compelled to listen, but often leave feeling there’s an unbridged gap. There’s something inscrutable in his music that I’m desperate—and always feel I’m failing—to understand.

In contrast, the Granberg commission felt easier to engage with and ultimately to digest. It’s often quite beautiful music, but didn’t lodge in my mind the way Pisaro’s does. The instruments are more individuated in Granberg’s piece, which is moody but also brightly highlights the variety within the ensemble. Diffuse shapes and hues phase in and out as activity is passed between subsets of musicians. The silences and gaps serve a structural, framing function, implying a ghostly pulse that keeps a feeling of forward momentum. It’s a comfortable piece of music that can surprise in its fine details, but in marked contrast to Pisaro’s unsettled spaces, lacks the dangerous undercurrent of uncertainty. The Granberg is walking a forest path in the long rays of the late afternoon sun; the Pisaro is trying to make your way out in the dark as the rain sets in. Pisaro once said in an interview that he was “deeply challenged by the idea of silence,” which had “come to mean contingency” to him. How far to open that door to contingency is a question to which both of these commissions offer distinctive answers. 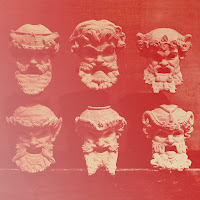 A brief, precarious set crafted almost entirely from guitar and saxophone feedback (the Italian duo of Maurizio Argenziano and Mario Gabola), subtly—even imperceptibly—bolstered by Cogburn’s percussion and electronics. “Autocannibalism” is an apt and slightly humorous description for this medium, which is always at risk of running away from its creators and consuming these fragile improvisations. The group’s approach is interesting, in that they don’t create the expected long-form drones of beating sine waves, but instead work in smaller gestures, relying on volume control and proximity to ease short tones in and out of existence. I imagine simply maintaining control of the feedback partly necessitates this approach, and the result is more often a call-and-response dialogue that juxtaposes tones of varying grit and clarity rather than a sustained effort at timbre-building or teasing out harmonics. These snippets culled from basement recording sessions are probably the only way this music can come to life, but they’re of interest nonetheless. 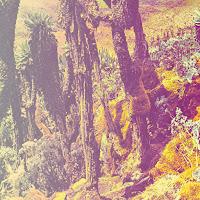 The four short “L’Angland de St-Donat” pieces that beginAssemblée, Relâche, Réjouissance, Parade are studio assemblées of “bowed metallic objects,” electric organ, harmonium, banjo and bass, and are softer, more elastic explorations of the lodes d’incise has mined more energetically in groups like La Tène. Each presents a ritualized constellation of small sounds around reedy harmonium and organ drones. The longer “Le désir” pieces are stranger, but more effective. In these works, resonating metal sticks are bowed over a background of detuned organ recordings. The repeating three-note motifs that undergird “Le désir certain” are deceiving, set against a pedal drone that makes them sound slightly out-of-tune, creating a dizzying, destabilizing effect despite their lockstep rhythm. And this is before you add in the skittering bowed-stick improvisations, which sound a bit like uncooperative, spacetime-warping violins. It certainly occupies a novel space, although at 15 minutes, it slightly overstays. “Le désir serein” relies on overlapping sustained organ drones, creating weird, psychedelic pockets of dissonance. Throughout, a steady repeating note sounds out, a guiding light providing bearings in the dark. Of the two, it’s the easiest to become immersed in, and is a pleasantly disorienting experience.