The Desolate Universe of Jeremiah Cymerman

New York clarinetist and sound artist Jeremiah Cymerman's musical universe is not one to cheer you up. It is desolate, filled with dread and the terror of being and the sorry fate of human existence. He brings us two new albums which could quite strongly represent our current corona virus environment - its fear, its isolation, its universal nature, its human fragility - but then neither of these albums have anything to do with it. 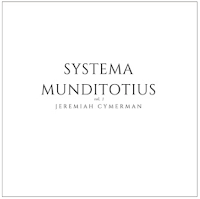 Systema Munditotius refers to a mandala (see picture below) that was designed in 1916 by the Swiss psychiatrist and psychoanalyst Carl Gustav Jung, and “it portrays the antinomies of the microcosm within the macrocosmic world and its antinomies", juxtaposing dark and light, death and life, birth and rebirth. Deep concepts that go to the heart of everything there is, large and small, concepts that connect us all, in our external and internal nature. 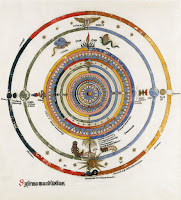 Jung never wanted his name to be associated with this drawing that eventually was published anonymously in 1955. Like the careful craft of Jung's design, Cymerman worked several years in composing this unique album which consists of the sounds of four clarinets, percussion and synth, with additional percussion by Brian Chase, with whom the clarinetist already collaborated for the brilliant "Pale Horse". This "composition" is the result of carefully combining spontaneous improvisations in post-production.

Cymerman's sound art explores human consciousness and collective subconsciousness, delving deep into timbres that touch a raw nerve, the pain of existence and the darkness of our feelings, reaching a sonic level of connectedness that transgresses time and space. His long stretched tones and circular breathing spells reverberate with angst and foreboding. He adds subtle layers of sound, but just sufficiently to generate the highest effect with the lowest amount of sound. It is an incredible exercise in abstraction and reduction of music to its pure essence.

The collage of additional clarinets and Chase's percussion add colour, density and dramatic effect. It is the feeling of one human being shared with all the rest of us. The loneliness of one individual as the loneliness of all humanity. This music goes very deep. It is relentless in its emotional power, but at the same time it is controlled by a high and singular aesthetic vision. And Cymerman is without compromise in both: he manages to reconcile beauty with terror, in a mysterious blending of attraction and rejection, of big emotions conjured up by minimal sonic elements.

Cymerman worked several years on this project, and the end result is phenomenal. He expands on his earlier work and takes it to the next level. 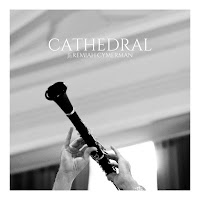 Systema Munditotius is released almost simultaneously with "Cathedral" a solo clarinet album, which I think makes this his fifth solo album (after In Memory of the Labyrinth System, Purification/Dissolution, Real Scars and Decay Of The Angel).

It was originally planned as a few digital bonus tracks linked to the purchase of Systema Munditotius, but the corona virus changed those plans, and it became a full-fledged project in itself, with both albums now available digitally. In this album his art gets even more perfected, with his solo instrument resonating in a large open space, as if playing in a cathedral (and in the ambient sounds on the first track actually come from recordings in the Notre Dame). And whether on Bb clarinet or bass clarinet, the sense of desolation and loneliness is complete. His instrument moans and laments in long plaintive cries of despair. It would be a crushing listening experience if it was not at the same time so intensely beautiful and pure. His tone is reverent and serene, slow, with minor tonal shifts changing the fragile atmosphere in its solemn monotony. And when his phrasing becomes more lyrical or even more light-hearted (still far away from anything joyful) - as in "Sterile Solitude"- the dark undertones of the synth send the signal that there is no place for anything more than portentous feelings.

As with the very best of art, it juxtaposes extreme counterparts and reconciles them into musical paradoxes, creating a tension between intimacy and space, between personal and universal feelings, between light tones and dark sentiments, about beauty and terror. To do all that with one instrument is a real feat.

Cathedral is less hypnotic and less complex than Systema Munditotius, and if the latter wins for its subtle and powerful arrangement, the former has a rare austere beauty.

Thanks for the update on this intriguing artist. It motivated me to listen to World of Objects, a 2014 live release with Evan Parker and Nate Wooley at The Stone, which still delivers rewarding surprises after six years.