It's been five years now since Ornette Coleman passed away, yet his musical legacy is still very much alive. In the last months several albums were released that perform his music or pay tribute to him.

The albums in question may receive a more indepth review later on, but I just wanted to point out how his compositions are still an inspiration today, from tribute bands like Broken Shadows, over some creative renditions of Coleman compositions, and ending with some albums that dedicate music to him.

In the early 60s Ornette Coleman's unique take on music was rejected by the music establishment, as it possibly should be with boundary-breaking art, then he was embraced near the end of his life by that same establishment. The most important thing is that his music is still alive today, vibrant, inspiring free jazz musicians, mainstream musicians and avant-garde ensembles.

We receive a lot of music, but all these album are from the last month or so. It struck me how present Ornette Coleman still was on so many albums. Ornette Coleman's music is very much alive. 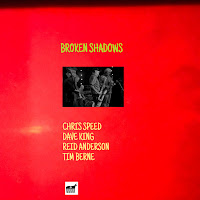 The first album to be reviewed is the quartet of Chris Speed on tenor, Tim Berne on alto, Dave King on drums, and Reid Anderson on bass. They are an Ornette Coleman tribute band and the only tracks on this album are composed by Coleman, well not all, you also get nice renditions of Julius Hemphill's "Dogon A.D." and "Body". The most known Coleman compositions are surely "Song For Che", and "Broken Shadows", two classics from the Coleman songbook. 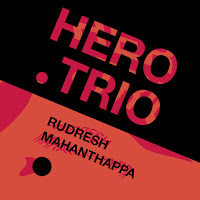 On "Hero Trio", altoist Rudresh Mahanthappa pays tribute to some of his heroes, with François Moutin on bass and Rudy Royston on drums. 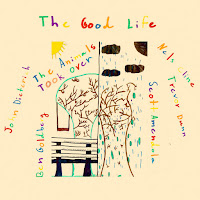 "The Good Life" is an all-star band, with John Dieterich and Nels Cline on guitar, Ben Goldberg on clarinet, Trevor Dunn on electric bass and Scott Amendola on drums. The band's name refers to the Coleman song on "Skies of America" (Columbia, 1972), which gets a performance that lasts ten minutes longer than the short original. Also "Congeniality" - from "The Shape of Jazz To Come" (Atlantic, 1959) - gets a lengthy take. This is a guitarist-led band that also performs own material and one Giuffre piece. It is all very raw and energetic as you can expect from an occasional band performing live. 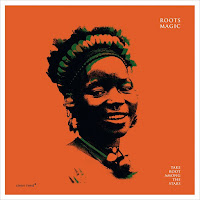 Roots Magic is an Italian band with Alberto Popolla on clarinets, Enrico De Fabritiis on alto and baritone sax, Gianfranco Tedeschi on Double Bass and Frabrizio Spera on drums. The perform "A Girl Named Rainbow", possibly lesser known because it was first released by Jocque & Le Scott on "The Ornette Coleman Songbook" in 1978. It's a respectful and warm piece that fits well within the overall tone of the rest of the album. 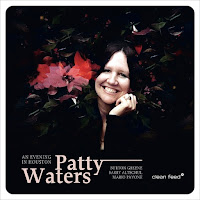 This album was already reviewed by Cam Scott in May of this year, so I won't go into much more detail. She sings her version of "Lonely Woman". There are many vocal covers of this composition, making this almost a mainstream standard. Waters goes beyond expectations, but vocal jazz is beyond my taste levels, so the reader better sticks to Cam Scott's appreciation. 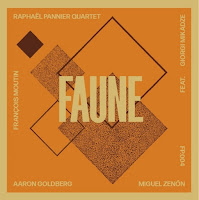 French drummer Raphaël Pannier brings a tribute to Ornette Coleman on his debut album "Faune", by performing "Lonely Woman" with Miguel Zenón on alto, Aaron Goldberg on piano, François Moutin (again) on bass. The musicianship is very strong but the musical vision is unfortunately relatively bland and mainstream. You would have expected more creativity from a young musician with the skills of Pannier. 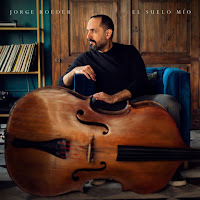 Peruvian bassist Jorge Roeder brings his version of "Lonely Woman" on his latest solo album - about which more in the future. The track is not long, but his take is quite good, with arco playing both the tune's melody and the background chords too, with an improvisation that well captures the inherent drama of the composition.

The last four albums in this series do not perform Coleman compositions but are/contain tributes to him. 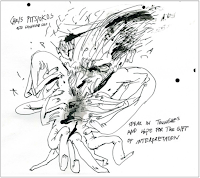 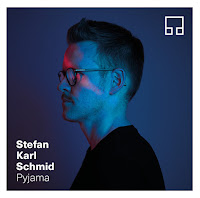 German saxophonist Stefan Karl Schmid pays tribute to "Ornette" by improvising on an arrangement that holds the middle between medieval polyphonic sounds and jazz. The other musicians on this track are all horns, with Shannon Barnett on trombone, Heidi Bayer and Bastian Stein on trumpet, and Mattis Cederberg on bass trombone and cimbasso. The piece is subdued, reverent and has its own beautiful aesthetic.

Zeitkratzer and Mariam Wallentin ‎– The Shape Of Jazz To Come (Zeitkratzer, 2020) 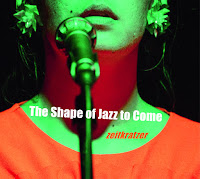 The German avant ensemble Zeitkratzer "plays jazz" on this album, using one of Coleman's seminal early albums for its title.

The choice of their jazz material is more traditional, with tracks such as "My Funny Valentine", "Cry Me A River" and "Jelly Roll Blues", but at least they turn these compositions into something new, unexpected and fun. The vocals are by special guest Mariam Wallentin. 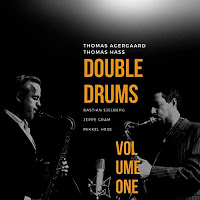 Danish saxophonists Thomas Hass and Thomas Agergaard bring their own tribute on the track "Night Drive With Ornette", a nervous and boppy harmolodic composition performed with skill.

In sum, it's amazing how Ornette Coleman's music is still a strong influence on today's jazz scene, and this in all stylistic subgenres. Somehow it beats me that mainstream jazz musicians incorporate tributes to Ornette Coleman without really understanding his true legacy of getting out of the mainstream into musically uncharted territories. True, his compositions have strong themes and are possibly easier to recognise and cover than Ayler, Coltrane or Taylor. Regardless, I think it's great that  Coleman still has this presence.

Thank you for this very nice list. And also thanks for refraining from making woke comments.

Likewise thanks for the list. I listened to the Pitsiokos previously and didn't understand the Ornette track which seemed to be the antithesis of his approach. Very interesting release otherwise though with admirable proficiency on alto.

I find all the tribute bands very secondary and 50 years too late, especially the hokey ass marsalis and JCLO and countless retreads on Lonely Woman, the only real heirs of Ornette are those who dare to be as individual and original as him, in other words not many