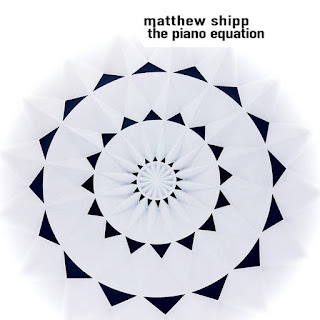 
It’s nearly impossible to write about pianist Matthew Shipp without at least nodding towards 2020 marking his sixtieth year (a milestone that properly arrives in December). Although not on the same scale as Satoko Fujii’s kanreki project, which saw her celebrate sixty years with twelve new albums, Shipp has planned a number of releases in 2020, including two for Whit Dickey’s Tao Forms label. The first is The Piano Equation, a solo album featuring eleven new improvisations. More numbers: it’s twenty-five years since Shipp went into the studio to record Symbol Systems, his first solo piano album. Some tracks on The Piano Equation are four minutes long, unless they’re three, five, or seven (four plus three). Yet, as soon as a numerological structure appears to reveal itself, it falls apart, clustered and dispersed, cyclical, until it isn’t. That’s the fragile, fractal beauty of Shipp’s music. Shipp has talked about the center of his music being life itself. Attempting to impose a cosmology onto his mode of improvisation isn’t beyond the pale, but what continues to mark him as one of the most fascinating artists is how he never stops reaching, not once in thirty years, no matter how far out of grasp answers may lie.

As a soloist, Shipp is undeniably remarkable. Free improvisation is sometimes dogged by its most famous practitioners (how many quasi-Ornettes and faux-Aylers have passed through these hallowed halls), yet Shipp has always seemed to exist within and alongside the main streams. On the opener, “Piano Equation,” the heart-stopping gorgeousness of some passages gives way to a curious, rhythmically constrained coda. “Swing Note From Deep Space” sets 100 years of jazz piano on fire, less effigy than passionate reconfiguration. Like Cecil Taylor, he draws on influences now 100 years old, inflecting his uniquely cellular playing with elements of stride and swing. Shipp’s musical language, however, is completely different from Taylor’s, even if they share some of the same alphabet. “Piano In Hyperspace” begins with moments of lightness and exploration, then subtly reflects back motifs from “Piano Equation,” and a cosmic order begins shifting into place.

Some of The Piano Equation’s finest moments come as a result of the closeness of the recording, which perfectly captures Shipp’s presence at the instrument. “Land of the Secrets,” for instance, offers listeners an open, warm-toned piano contrasted with angular pedalling. The details captured in the recording make for an inviting experience, one of Shipp’s finest solo albums, in a long line of very fine solo albums. Jim Clouse of Park West Studios has worked with Shipp for about 10 years, and he’s become an attentive collaborator. The range of dynamics and alternating silences of “Tone Pocket” settle into a passage of meditative sustained clusters, and Clouse captures all of it with care.

The final three tracks play out their own cosmic triptych. “Radio Signals Equation” is one of the more challenging performances from Shipp, daring listeners to keep track of its signal through the noise of competing arcs. “Emission” responds to itself with tight flocks of high notes, fluttering off the keyboard. Then, “Cosmic Juice” affords another glimpse of the whole, with its bold and striking opening and deep, bellow-like rumbling. Although there are no seemingly direct references or recurring motifs, the whole represents Shipp’s palindromic approach, like the universe itself: big bang to heat death, radio to gamma waves, cosmic to terrestrial.

Or from your nearest brick and mortar shop.