Ernesto Rodrigues is apparently tireless, whether recording projects for his Creative Sources label, organizing a multitude of permutating large ensembles or presenting a broad spectrum of the Lisbon improvising community in groups of assorted sizes. His Creativefest takes place in November, and the most recent edition, XIII, ran for six days at the festival’s home base, O’Culto de Ajuda. The CDs here present two of Rodrigues’ on-going large ensembles, one recorded at XIII, the other from XII. 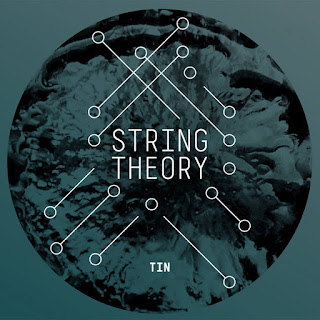 String Theory, heard here in its 2019 performance, presents a single piece entitled Tin, consistent with Rodrigues thematic explorations of contemporary physics and the table of elements. The CD is a single piece, 34 minutes in length, in keeping with a consistent time restriction for the festival’s sets. What makes Rodrigues’ ensembles fascinating (something that extends to other large improvising ensembles‒a key to both their values and their value as contemporary social organisms) is the combination of restrained, disciplined, even selfless playing‒a genuine community orchestra‒and the combination of exceptional instrumentalists.

In what must be the most cellist-rich improvising community for a city of its size, Lisbon here offers Miguel Mira (notable for his membership in Rodrigo Amado Motion trio), Ulrich Mitzlaff (regular collaborator with the most eminent Carlos “Zingaro”) and Ricardo Jacinto (charter member of two brilliant trios, The Selva and Garden). The three create a ground for this music, a rich orchestral middle, thickened by two bassists, Sofia Queiroz Orê-ibir and Hernâni Faustino.

The high strings of Rodrigues’ viola and Maria do Mar’s violin are free to balance all this weight by living in their upper registers, where, of course, the others are free to join them. Beyond the usual category of the string ensemble, the tentet includes pianist Mariana Carvalho, who emphasizes plucked sustained strings, and guitarists Pedro Bicho, playing an acoustic, and Abdul Moimême, playing a horizontal 12-string. Together the ten create a web of whistling harmonics and sustained thrum that become a timeless and textured musical centre. 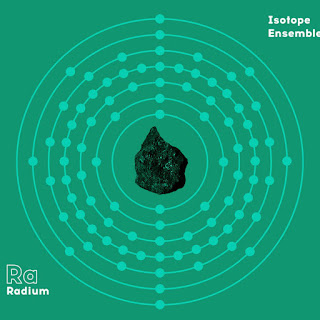 If an ultimate test for any large improvising ensemble is to maintain movement and density at very low volumes, then Rodrigues’ Isotope Ensemble ranks very high. Radium is a single 27-minute piece from 2018 that spends much of its time at the level of a whisper, a hive of tiny sonic gestures in which even foregrounded events scrape silence. It’s a 22-member ensemble made up of diverse instruments, with only Rodrigues (this time on baroque violin), do Mar, Carvalho and Moimême appearing from the later String Theory line-up. The other bowed strings are down to two cellos and a bass, with three guitars present, including Luis Lopes on electric, and such traditional instruments as Brazilian zither and psaltery. That broader palette then includes three woodwinds, three brass, a fan organ (a small electric reed organ that seems to sound like an accordion at some points), and two people on electronics, Carla Santana and Carlos Santos, the last an essential figure in Lisbon music and the Creative Sources world, here responsible for mixing, mastering and graphic design as well.

Though the volume picks up briefly around the 23 minute mark, during which a tuba (I think, the other possibility, a euphonium is operating quietly in the background) sounds briefly obstreperous (it’s only “loud” in context), it ultimately reinforces the strange quietude here, as if the activities of a busy shopping mall were carried on under a vow of monastic silence: a wisp of string, a burble of keyboard, an unidentifiable tapping, a collective rustle. It’s beautiful and original, at once compelling and therapeutic.