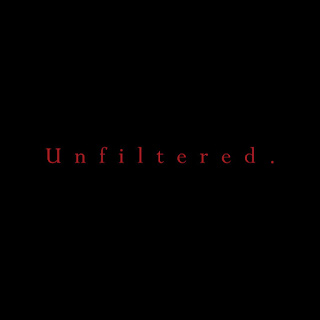 This will be a collection of unfiltered and unsorted thoughts on the album that I’ve been listening to a number of times now. Listening without really getting what is going on, which is a good thing with this kind of music.

I didn’t know any of the musicians before I bought the album except Tyshawn Sorey, a regular guest on this blog. But after hearing this album I bought Atlantic Distraction by Nick Dunston. Dunston plays bass on Unfiltered.

As for Unfiltered, this famous question lurks in every corner: what is the relationship between composed and improvised elements within the three long pieces?

The three “tracks” are long indeed and without specific titles. They are just numbered. And as the naïve listener I sometimes still am, they all belong together: one set of two hours of beautiful music.

This is the next unfiltered and unsorted thought: it is a beauty.

Is it ok to use the word beauty in the context of this blog? A lot of music is – and I like it a lot! – about tension exploring new territories and new techniques. That is not what I hear on this album.

Well, there is tension but within the context of rather classical modern jazz. The tension between a theme and open space for the different musicians. But this album works without noise, if I might say so.

For the first track I wrote down all the changes in the music. It starts with a nice piano line that stays the same for the first 10 minutes. Accompanied by vibraphone and sax. A lyrical almost melancholic start of the album. It builds slowly over the next 10 minutes. There it stops altogether and they start again.

This structure of slowly building the texture from lyrical (composed?) parts to a more classical free jazz like sound (as I understand it) keeps the three tracks together. In all their differences.

The third track develops its structure in the smallest steps. Slowly. There are no abrupt stops and beginnings.

I have already used the word beauty referring to the music, and I will keep doing it. Yesterday, I had the time to listen to the whole thing in one and the atmosphere the music creates around me is calm and easy.

No easy listening in the elevator way, not at all. But I realize I drift in and out during the whole set. Each time I return with my full attention I realize there was a change the leading instrument changed the intensity and still I am listening to the same album. It has a coherence to it.

Tyshawn Sorey has composed and conducted a piece of music I can sink deeply into.

So it is not that free, improvised, experimental or noisy piece that is often written about in this blog. But it is worth a listen. And a second one. And so on.