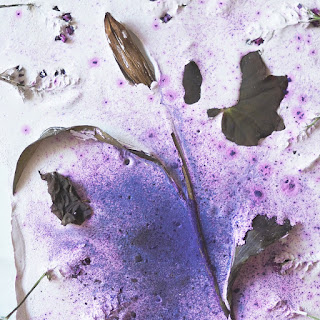 Køs is a young, experimental trio from Copenhagen featuring alto sax player Maria Dybbroe, electronics player Valdemar Kragelund, and percussionist Kristian Isholm Saarup, all also active in other local, alternatives groups. The trio has been making waves in the fertile Danish scene lately due to its unique sonic attitude but it has been working since 2014, released a self-titled EP in 2017, and collaborated with local sax players Lotte Anker and Lars Greve as well as poet Pia Tafdrup. Now Køs have released its first full-length album, An Uncaught Bird, on vinyl (with download option) with unique handmade covers lacquered on re-used vinyl-sleeves.
An Uncaught Bird is also a poem that inspired the titles of the nine pieces: “Earth’s green carpet. / The rushing sea. / An uncaught bird, / hovering, hovering // in lifting fog / as a reflection, / ascending, / through rays of light. / Freedom feathers”. This poetic attitude is reflected also in Køs’ free-improvised, electro-acoustic music, recorded in different locations in Denmark, and described by the trio as “music where the journey becomes what is interesting, and presence and energy is what matters”.

Køs’ soundscapes are based on melodic ideas expressed briefly by sax player Dybbroe, then extended by the synth and electronics of Kragelund and the drum-set of Isholm Saarup, slowly manipulated and mutated and expanded as the trio becomes one living, tangible organism. These soundscapes create sonic nuanced entities where the electronics extend the extended breathing techniques of sax and the drums add a resonating layer to the fragile, processed breaths.

The sax tone of Dybbroe and her gift to suggest instant, memorable melodies bring to mind early, experimental albums of Norwegian sax hero Jan Garbarek, Dis (which introduced the string instrument wind-harp that was recorded on the coast of southern Norway), and his solo effort All Those Born With Wings (ECM, 1977, 1987). Just listen to subtle, dreamy melodies of “Hovering, Hovering”, and “In Lifting Fog”, where Dybbroe’s sax playing soars and flys gently. Furthermore, An Uncaught Bird, like Dis, offers a strong thematic connection to the Danish nature sceneries, so close from any place in Denmark.

Køs’ sonic territories, however, reach further than the experimental voyages of Garbarek. “The Rushing Sea” and “As A Reflection” play with raw, noisy waves, and injects a poetic core to these rough soundscapes, and repetitive motives of “Through Rays Of Lights” sound like a walk inside a roomful of mirrors, but with choral-like, meditative qualities. Each piece tells its own poetic story but the last, “Freedom Feathers”, tells the most urgent and complex one, an evocative and cinematic one that informs of coming dark horizons.

Køs’ music is indeed is a thing with many unique feathers.

I've gotta say, this one has been haunting me since I read your review. I checked it out because that's what I do, and I've returned to it again and again and again. Completely new musicians to me, a new world. Thanks.